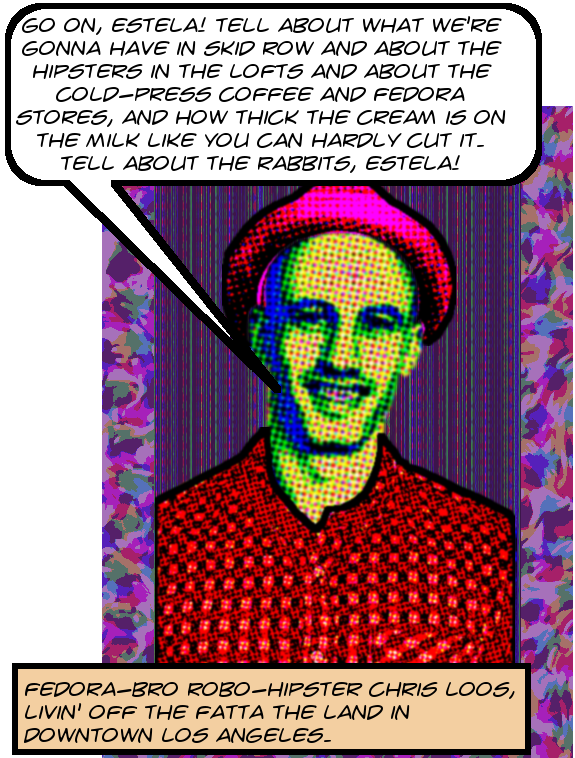 Some of you may know Chris Loos, web designer to zillionaires, or at least to their zombie marionette cheerleaders slash anti-homeless hit squad over at the Central City East Association. He and his asshole buddy Steve Sharp1 run this zillionaire-front post-ethical propaganda outlet known as Urbanize.LA which is mostly famous for having published a Loos-lipped slab of crapola-deluxe about the Skid Row Neighborhood Council. Skid Row Voodoo Queen Estela Lopez was so pleased with Loos’s work that she fired off an email to her co-conspirators on the very day of its publication drawing their attention to it.

And I’m sure Estela Lopez was impressed by the ease with which Loos pulled off the fairly accomplished feat of taking her propaganda talking points and spreading them out over various sources so as to make it appear that she was speaking with four independent voices. Subsequently she rewarded him by letting him join the top secret conspiracy against the SRNC. Oh, what fun the zillionaires have Downtown! How very incestuous are their frolics! Turn the page for the sordid details.
END_OF_DOCUMENT_TOKEN_TO_BE_REPLACED