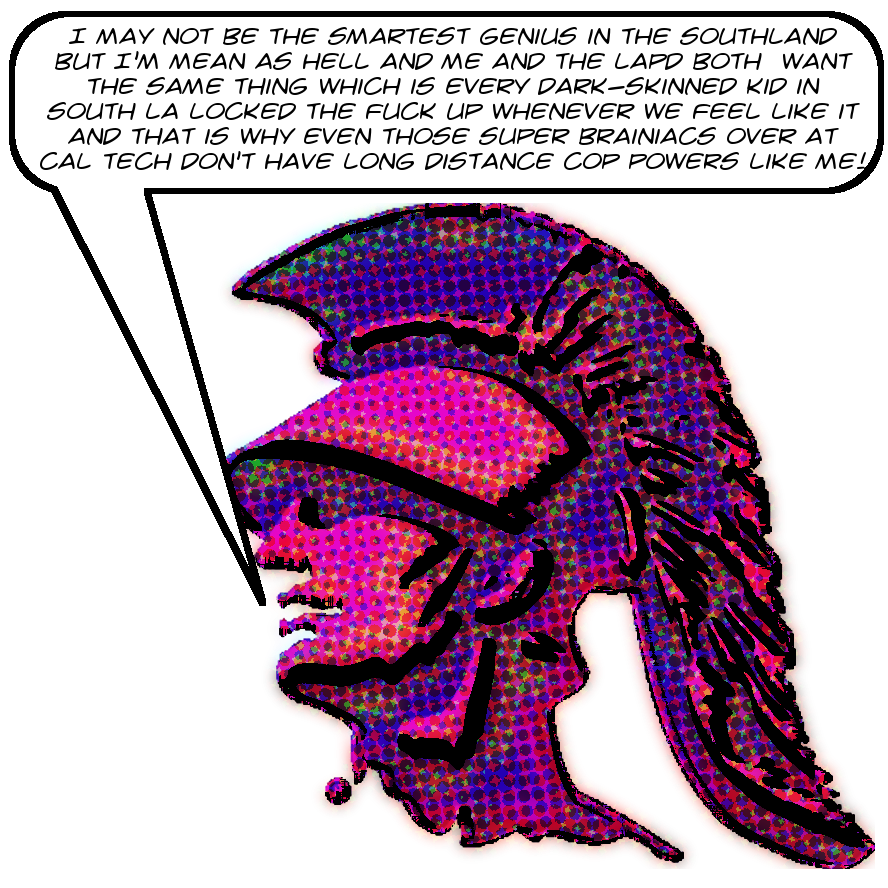 This is just a quick update on my ongoing attempt to understand why alone of all private college security forces in Los Angeles the Department of Public Safety of the University of Southern California is allowed by the Los Angeles Police Department to operate not just off campus but up to a mile off campus.

And they do in fact operate far, far off campus. They detain and handcuff people for unexplained reasons that can’t possibly have anything to do with their university. It’s a travesty and a shame. And it turns out that they are the only private college in the City of Los Angeles that’s allowed by the LAPD to do this.

Not only that but it’s beginning to appear that police in other jurisdictions really, really don’t allow this kind of thing at all. I learned recently that the LA County Sheriff has only one memorandum of understanding with any college in its jurisdiction and it explicitly does not allow them to operate off campus.

And today I received three MOUs from the Pasadena Police Department, none of which allow campus security to operate off campus. In fact, the central point of all three of these agreements is to lay out precisely which on-campus crimes will be handled by the PPD and which by campus security.

There is a great deal of detail on sexual assault and rape because colleges are bound by various federal laws to handle such crimes in very particular ways, but the explicit assumption in every case is that campus security will operate only on campus.

Here are links to them, and they’re not that interesting. But then, why should they be? There’s a transcription of the one from Cal Tech after the break, and my investigations continue.