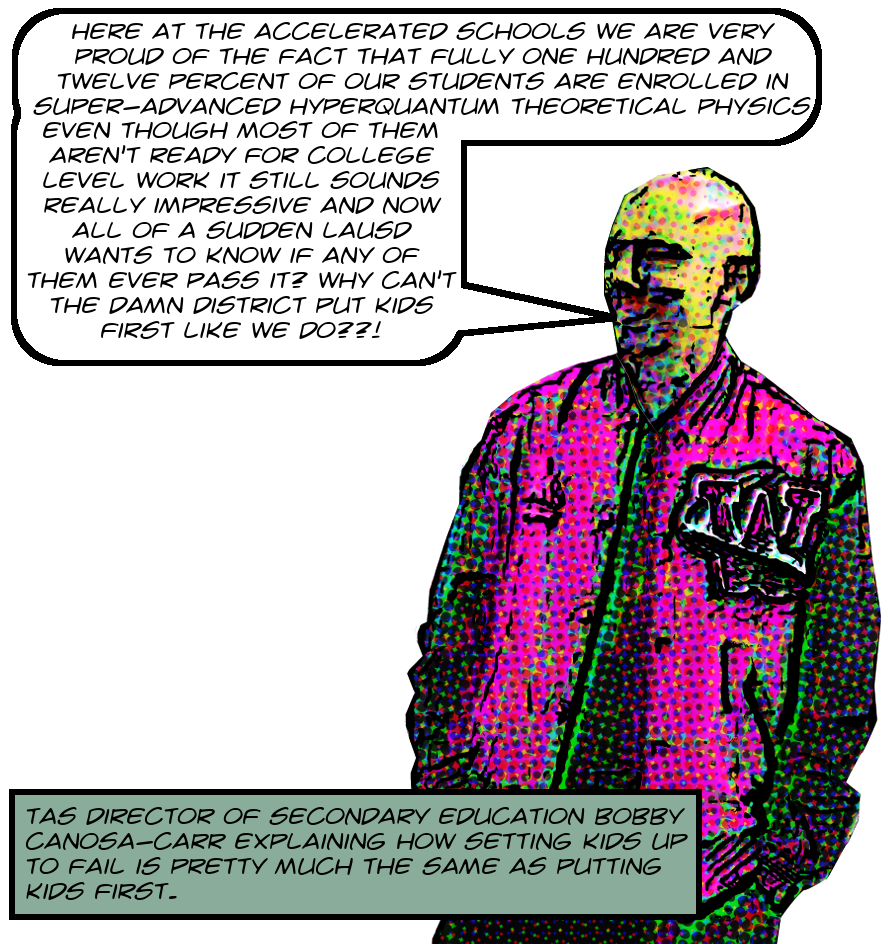 If you follow LAUSD issues in the news you will have heard of the newly proposed School Performance Framework, a rating system ostensibly meant to improve something about schools but much more likely to be part of the wicked plans of its proponents, Nick Melvoin and Kelly Gonez, to break up our public school system and hand over the still-valuable fragments to their zillionaire masters in the charter school industrial complex.

Whatever the ultimate purpose, though, of this proposal, and despite the fact that it was written for Melvoin by the privatizers themselves, it nevertheless has at least some charter schools very nervous about how they might fare under the new rating standards, which would correlate to some extent with measurable quantities, like e.g. student test results and course grades and which would rate each school on a highly simplified five star scale.

In particular amongst the anxious ones there are our old friends at The Accelerated Schools, whose August board meeting I managed to videotape a few weeks ago, capturing, among other interesting episodes, a weirdo white supremacist soliloquy by board president Juli Quinn. And among these episodes was a discussion led by TAS1 supreme commander of secondary instruction Robert “Bobby” Canosa-Carr about the proposed rating system.
END_OF_DOCUMENT_TOKEN_TO_BE_REPLACED