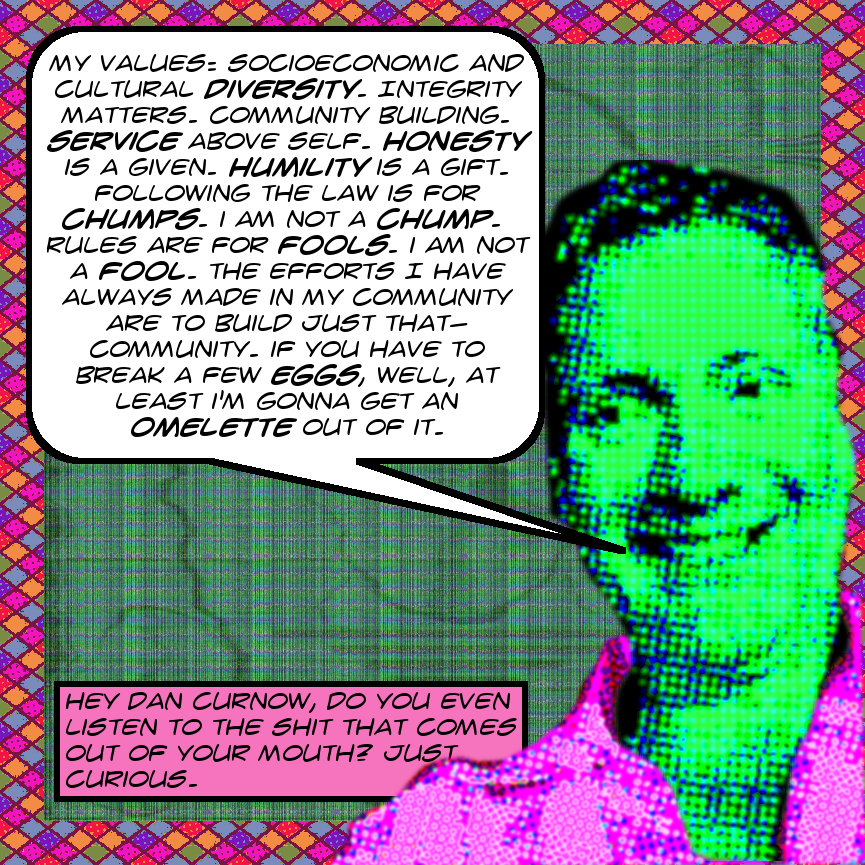 A few days ago I published a story on how the massive release of emails from the Downtown Center BID revealed massive, egregious Brown Act violations by the Central City East Association Board of Directors. The issue is that the Brown Act explicitly1 forbids a majority of a Board from using “…a series of communications of any kind, directly or through intermediaries, to discuss, deliberate, or take action on any item of business that is within the subject matter jurisdiction of the legislative body.”

There were also six members of the DLANC Board in on the conspiracy:

According to an extremely useful guide prepared by then-City-Attorney Rockard Delgadillo, in the context of the Brown Act a majority means a majority of a quorum. That is, the minimum number of members that can actually act on a motion. The DLANC has a 24 member board, and a quorum is 13. Hence these six members using email “…to discuss, deliberate, or take action on any item of business that is within the subject matter jurisdiction of…” DLANC is not a violation; a violation would require seven members to have been in on the discussion.

However, the Brown Act also applies to standing committees of bodies which are subject to its requirements. In particular, consider DLANC’s Livability Committee. That this is a standing committee is stated explicitly in DLANC’s bylaws2 Also, in March 2017 the members of the Livability Committee were none other than Dan Curnow, Jacob Douglas Van Horn, and Jacki Breger. For instance, take a look at the minutes from March 16, 2017.
END_OF_DOCUMENT_TOKEN_TO_BE_REPLACED