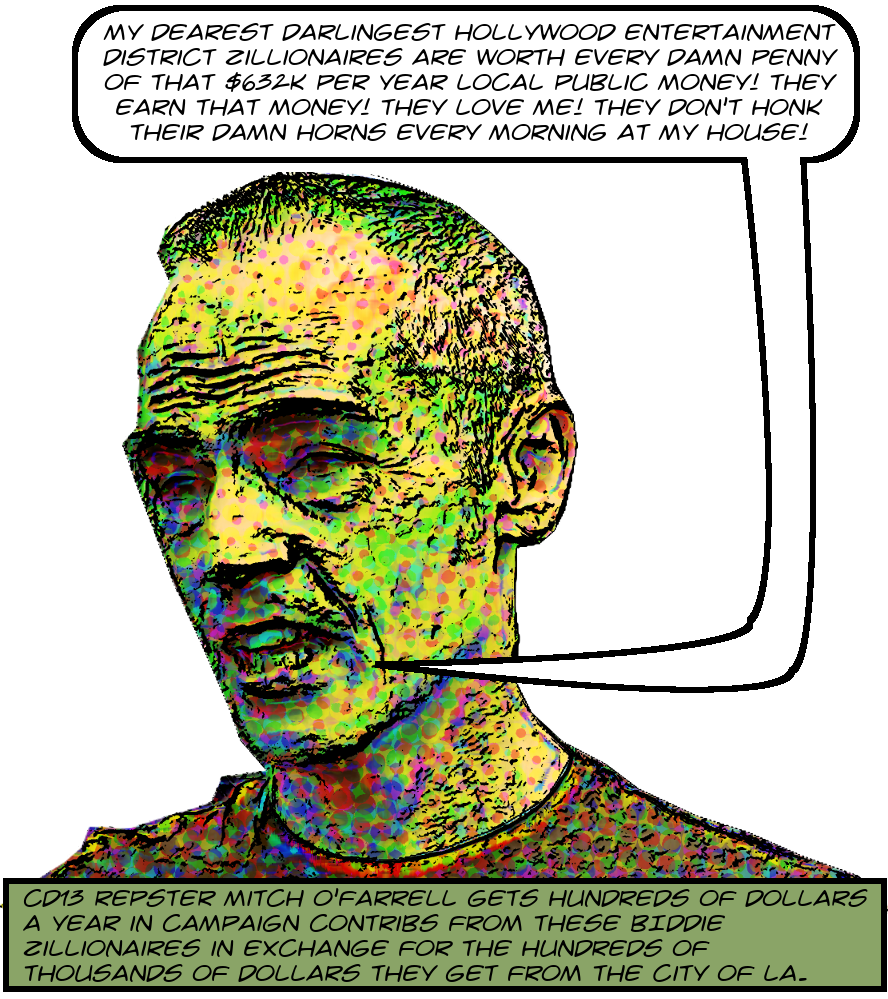 If LAUSD, Metro, and the County are included the total is $3,710,281 and property owned by the State of California brings the total amount of public money paid annually to LA BIDs to $4,203,276.3 These days, with the City of Los Angeles furloughing employees and moaning about the price of hotel rooms to protect unhoused residents from the ongoing pandemic, there are much, much better uses that that money could be put to.4

I obtained these figures from the engineer’s reports, required by the PBID law as part of the BID formation process5 and they are certainly low, in some cases very, very low. The reports only give the annual assessments in the year of formation, but BIDs have the power to unilaterally increase the amount by up to 5% per year. Some of the reports are close to ten years old at this point, although others are from this year and there’s no easy way to figure out an accurate total amount right now.6

But I extracted all the relevant figures from the reports and put them into a spreadsheet, which you can get a copy of from Archive.org as an OpenDocument file, or Excel, or PDF. It’s interesting to match up BIDs, Councilmembers, and payouts. Just for instance, Mitch O’Farrell of CD13 has three BIDs in his district: Hollywood Media District, East Hollywood, and the Hollywood Entertainment District.

It’s hard not to see this money as some kind of payback from O’Farrell to the commercial property zillionaires who run the BIDs. And it’s true that the LA City Council, and therefore O’Farrell, have only limited control over LAUSD and Metro.10 But it’s still within O’Farrell’s power to stop the waste of more than just the $257,385 paid by LA City departments.

The Council controls every aspect of BID formation and operation. They could easily require BIDs not to assess public property. And of course the Council will defer to O’Farrell on intra-district matters like BID formation. So he could easily save all this money for actually useful, actually public purposes. But why would he? We’re not his constituents, after all. The zillionaires are.

Image of Mitch O’Freaking Farrell is ©2020 MichaelKohlhaas.Org and it might just have come from somewhere in this lil thriller over here.