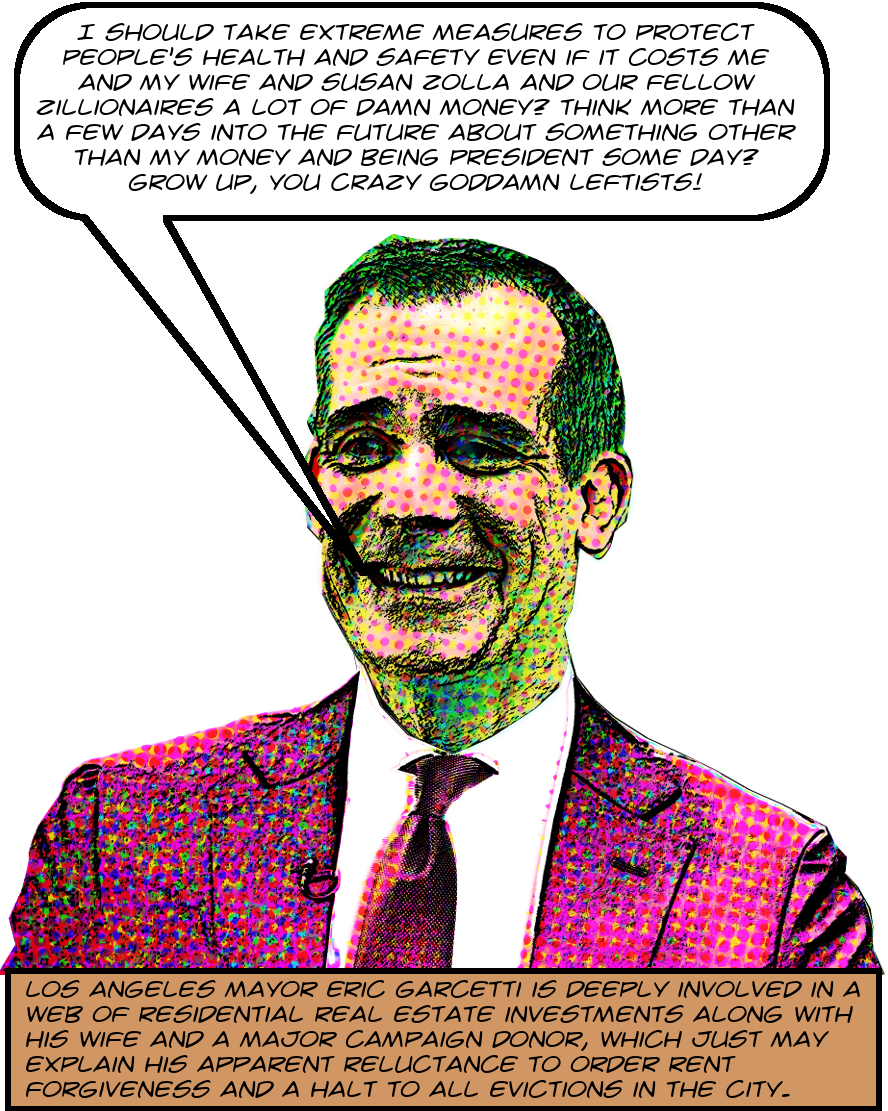 And then things get really interesting! On Schedule A-1 of his Form 700, which covers “Stocks, Bonds, and Other Interests,” Garcetti lists a couple of limited partnerships, which are IPDR Associates and Del Rey Vista Associates. Later, on Schedule C,10 it turns out that IPDR owns a hotel at 435 Culver Blvd and Del Rey owns an apartment building at 11519 Culver. These two corporate entities were formed decades ago by zillionaire real estate developer Edward Zolla and are now owned11 by his widow, Susan Zolla.12

Edward Zolla was apparently an old Garcetti family crony. For instance in 1992 he helped rescue Gil Garcetti’s ultimately successful run against Ira Reiner for DA with an emergency $15K loan to the campaign. Since 2001 he and Susan Zolla have given $4.5K to Eric Garcetti’s various campaigns. And, apparently, they also support Eric’s bank account by letting him be a partner in these two enterprises.

This is clearly a favor of some sort. It’s not like owning shares in Starbucks or other publicly traded companies. These Zollas don’t need investment partners. They’re not running ads trying to sell shares in their partnerships. They have enough capital to go it alone. You and I can’t call them up or click on a link and get in on this deal. And yet, apparently, Eric Garcetti can do just that. And as Mayor of Los Angeles he can shape and influence laws and policies in such a way that he, and his wife, and his partners, will benefit.

If that means an eviction moratorium that’s limited in various essential ways, or if it means a rent freeze rather than rent forgiveness, well, then that’s what it means. And that’s the story I have for you today. The moral? As always I’ll leave it to you, but I will say that I’m constantly amazed at the endless ways zillionaires have of extracting money from people and passing it around their private social circles.

I feel like not only do I not understand what they’re doing, but that I lack even the basic concepts to ever be able to understand. I feel like a tourist from another planet watching some incomprehensibly complex social activity. But of course that’s by design, isn’t it?

Image of Eric Garcetti is ©2020 MichaelKohlhaas.Org and you know, this.