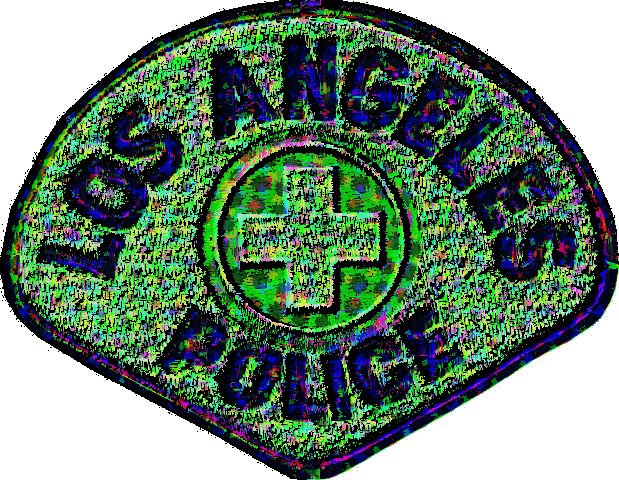 I recently learned how to use the California Public Records Act to learn the names of LAPD officers who respond to a call for service. This information is very useful to me, so probably it will be useful to others also. I didn’t previously know how to do it, and I wasn’t even sure it could be done. But it can! Which is important! And hence this post explaining how to do it! To get started you will need to know the date, time, and location of the call.1 That’s all that’s necessary.

In order to keep the explanation grounded I’m going to write about a concrete real-life example in parallel with the discussion of the general techniques. So imagine you were at Alpine Recreation Center in Chinatown on August 5, 2019 at about 10 p.m. and you saw a police car arrive and the officers talk to someone. We’re going to use the CPRA to learn who those officers were and various other facts about the call.

The first thing you have to do is find the reporting district that the location is in. The LAPD has the whole City divided up into these zones and most of their records are organized by them rather than by other more familiar systems. A little Googlism reveals that the address of the park is 817 Yale St., Los Angeles, CA 90012. The Los Angeles Times has a lovely map of the City organized according to LAPD stuff.2

It might be possible to search in that map, I don’t know, but you can also click down into it until you get to the location in question. Maybe it will take a visit to Google Maps to learn where the place is. And eventually you will learn that Alpine Rec Center is in Reporting District 111. Once you know the reporting district it’s time to make the CPRA request.

It’s essential at this stage to ask for a list of calls that includes both officer and type.4 The first request I made on this topic was as follows:

requests for service to reporting district 111 for August 2019 please, showing the following info:

I didn’t ask for officers’ names because it didn’t occur to me that they’d give me that information, and I was5 more interested in who placed the call, although I still don’t know that. And the first spreadsheet LAPD produced didn’t have anything about the officers, although it did have the number of the unit that responded.

For various technical reasons unrelated to the names of the officers6 I asked the analyst to run it again and they produced a spreadsheet with different information! Take a look at it here!

This has a column called OFFICERS, which contains a scary looking number with a bunch of commas in it. In the case of the particular call we’re looking at, highlighted in green in the image, it says 4,285,842,854. This stumped me for a while, but it turned out that it’s the two officers’ serial numbers concatenated and then my spreadsheet software, Libre Office Calc, was formatting in the commas.

So the two responding officers have serial numbers 42858 and 42854. And it just so happens that a few months ago, also via the CPRA, I got a list of all active LAPD officers that correlates names and serial numbers. So we can look up these two responders and find out that their names are Christopher Thomas Moorhead and Manuel Enrique Martinez respectively! This seems to me to be a major breakthrough in CPRA pragmatics in Los Angeles!

And not only that, but there are also columns called TYPE and DISPO in this spreadsheet which I have not seen before. They’re in some kind of impenetrable shorthand, like e.g. for the particular call we’re looking at the type is 415M – MAN and the dispo is OCCSN. So I asked LAPD how to decode these and they were incredibly kind7 enough to supply me with this remarkable document which goes by the name of LAPD Calls For Service Legend.

And all questions are answered!8 415 means disturbance and M means man. And OCC means officer completed call.9 And those two letters after OCC? Well, the legend does not explain those, but the analyst was kind enough to explain that the last two letters are always either SN or SY, which mean Supervisor No or Supervisor Yes. Again, I’m not sure what those mean, but it’s still important information. So here’s a summary of the method of finding out the names of police who responded to a call for service and a little information on what the call was about:

And it’s evidently quite easy for the LAPD discovery folks to run these lists of calls for service, so they do them quickly, unlike most of what one asks them for. So that’s how to find out the names of the officers who responded to a call, along with a little bit about what the purpose of the call was. This has to be useful to right-thinking folks, like you!