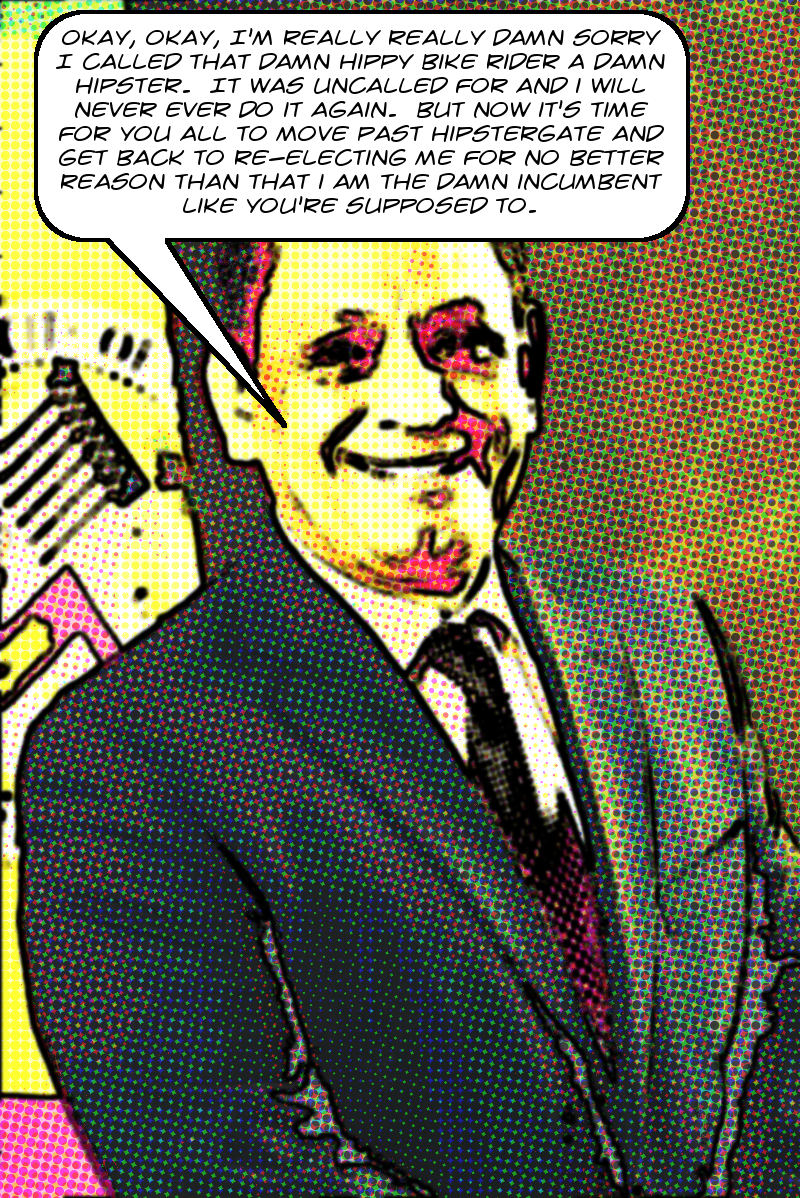 I don’t usually report on local politics unless there’s some kind of connection to business improvement districts, but the incomparable David Zahniser’s article in this morning’s Times announcing that the CD1 election appears more strongly than ever to be heading to a runoff was much too much for me to let pass uncommented. In particular, this little piece of characteristically Zahniserian deadpannitude must be quoted and quoted over again:

The campaign between Cedillo and Bray-Ali has been tense at times. On election night, Cedillo said his lead showed that voters were rejecting his rival’s “trendy, hippy, hipster proposal and agenda.”

On Friday, Cedillo said he regrets making those remarks. “I should not have referred to his campaign … as a hipster campaign or candidacy,” he said.

The lesson? Who knows. You go, Joe!

Image of Gil Cedillo is a modification of a public record but is now and forever more ©2017 MichaelKohlhaas.Org.