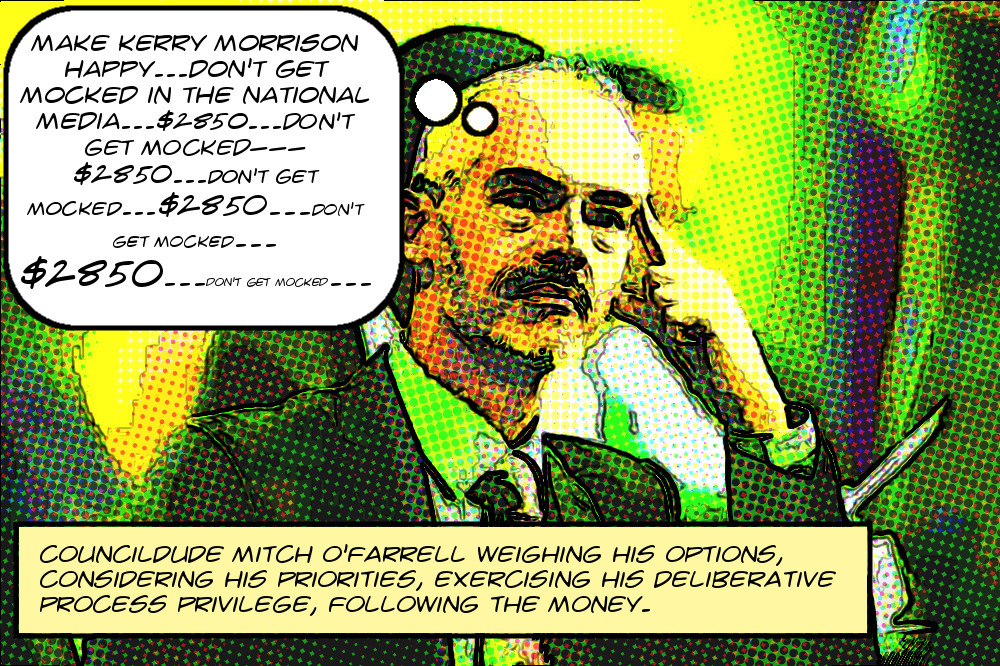 He’s clearly letting this ill-conceived motion die in committee, but it seems that, as long as the file’s still active, neighborhood councils are going to keep blowing it up with opposition statements. There’s a lesson to be learned here for Mr. Mitch and history shows that he’s learned it well. You can learn it too if you’ll only turn the page!
END_OF_DOCUMENT_TOKEN_TO_BE_REPLACED

So just tonight the Palms Neighborhood Council filed yet another Community Impact Statement opposing Mitch O’Farrell’s Kerry-Morrison-behested anti-playground motion. And like the Eagle Rock NC and the Lincoln Heights NC and the Los Feliz NC before them, they’ve made a well-reasoned and articulate argument:

This measure would penalize lawful park users and would result in discriminatory enforcement. Such a ban improperly assumes that adult park users in a children’s playground area are there solely for nefarious purposes and seeks to ban lawful conduct. Simply being present in a park and enjoying the surroundings is not illegal. There are already criminal laws on the books to address any improper conduct in these areas.

Again, as with all of the others with the minor exception of Los Feliz,1 this statement was adopted unanimously, leaving Mitch continuing to flounder around in the pool of shit into which he impulsively flung himself just because Kerry Morrison said it would please her to watch him jump. And there is one thing about the Palms Neighborhood Council which makes tonight’s Community Impact Statement marginally more impactful than the others. You see, Mr. Nicholas Greif is not only the chair of the Palms NC Executive Board and therefore part of the unanimous majority that approved the CIS, but he is also David Ryu’s director of Policy and Legislation.
END_OF_DOCUMENT_TOKEN_TO_BE_REPLACED