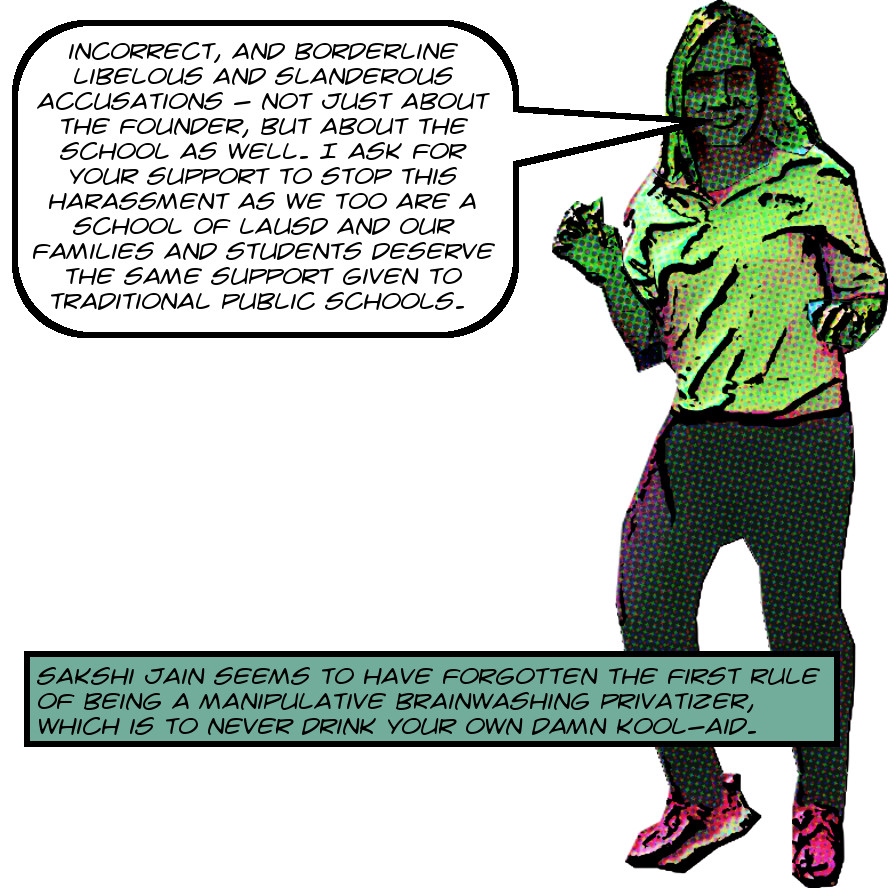 Here’s more on the anti-colocation battle being fought by a brave and devoted band of teachers and parents at Catskill Elementary School in the City of Carson against impending plans to install upstart charter school GANAS Academy on their campus. I have been investigating this story using requests made to GANAS via the California Public Records Act.1 And just recently these GANASsholes handed over a trove and a half of goodies. You can read about the video over here, and today we’re talking about the emails, which, as always, are where the serious action is. Browse them yourself, of course, or download the whole damn stack of them, right here on Archive.Org.2

And today I’m just going to run through a few highlights with transcriptions and a little light commentary. They paint a revealing picture of the effect that the anti-co-location protests have been having on GANAS, with at least one board member having resigned when he became aware of the intensity of the animosity towards his charter school. They also show the growing anxiety, shading into abject paranoia, of galaxy-brained GANAS founder and head of school3 Sakshi Jain as it became increasingly clear to her that she was in for a long and bitter struggle, and that there wasn’t really much help forthcoming from either LAUSD or the California Charter School Association.
END_OF_DOCUMENT_TOKEN_TO_BE_REPLACED