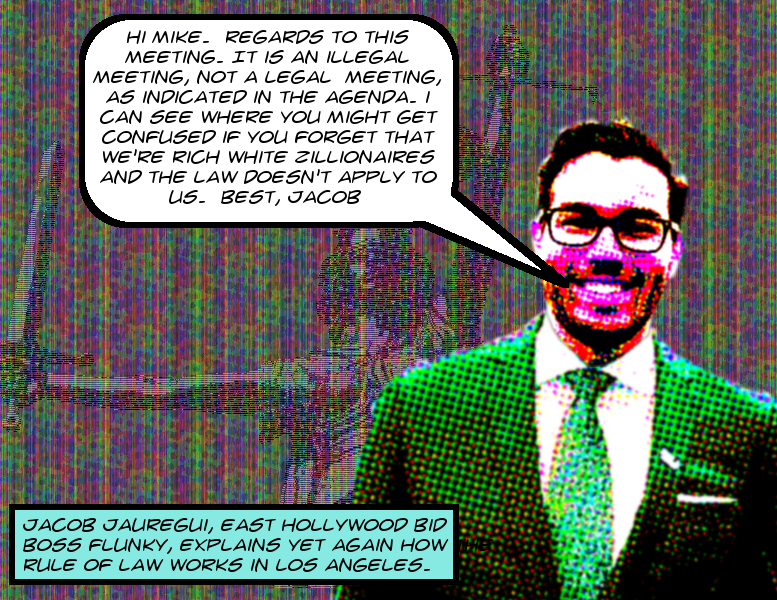 So for a while I thought I’d wait till they held the illegal meeting and then turn them in to the Public Integrity Division of the Los Angeles County District Attorney. But then, moved perhaps by the true spirit of Christmas,3 I decided to let Jacob Jauregui know of his BID’s impending transgression and give them all a chance to do the right thing for once.
END_OF_DOCUMENT_TOKEN_TO_BE_REPLACED