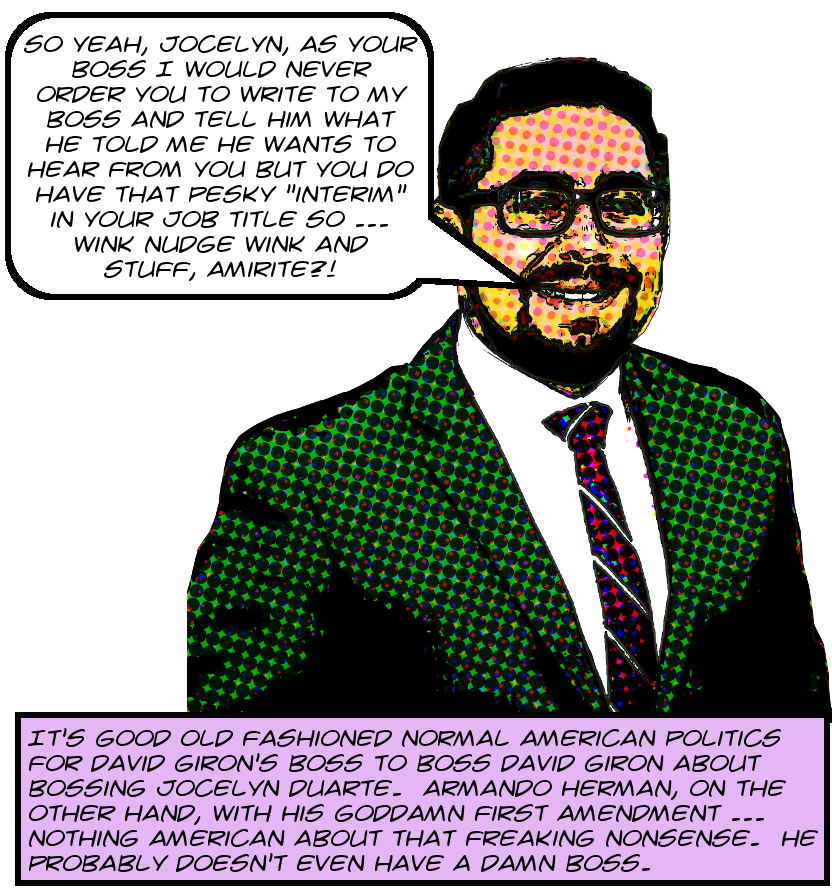 Before that, though, watch this video of a bunch of angry rich white anti-homeless people screaming at David Ryu last night to the point where he could no longer speak. See the cops standing around watching? No one’s getting clubbed, tased, banned from future meetings, arrested, or even ejected, which is amazing because, unlike saying “fuck” at a Council meeting, this kind of thing is actually a freaking crime.4 But of course these rich angry white people don’t bother Herb Wesson and the rest of them at all. No need to pass new laws against them or even to enforce existing ones. These angry rich white people make freaking campaign contributions!
END_OF_DOCUMENT_TOKEN_TO_BE_REPLACED