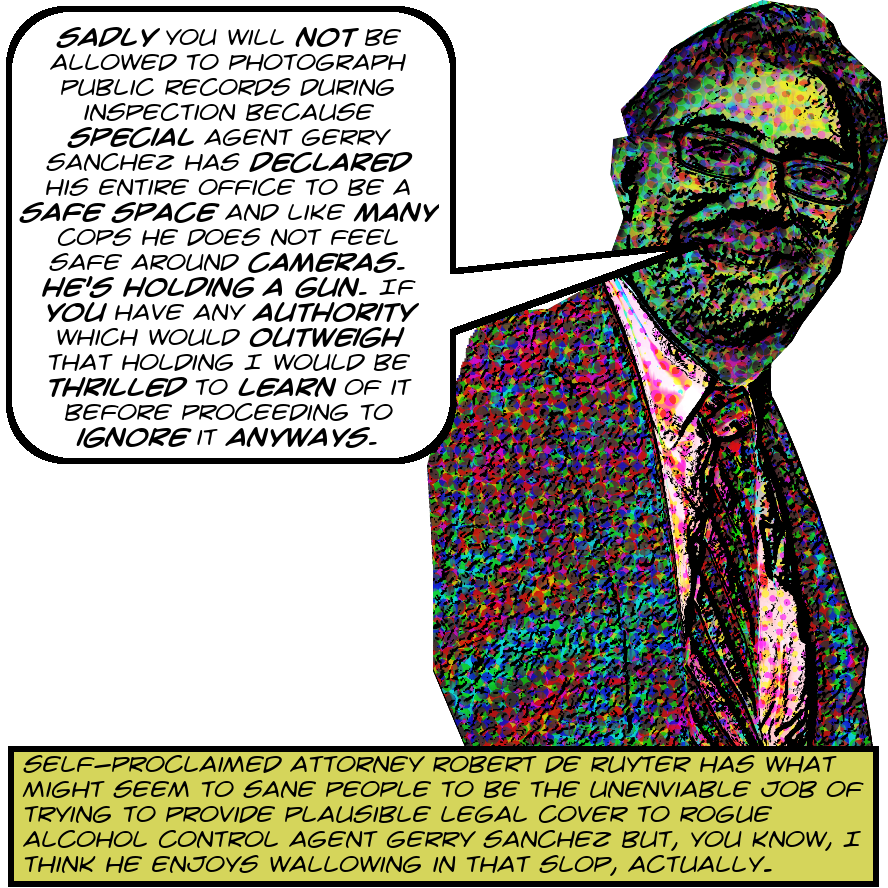 But there will be a lot of resistance to allowing requesters to make electronic copies and it will probably take litigation to sort this out. In any case, reaction to this law seems to be divided between people who see the value immediately and others who cannot imagine that agencies would forbid people to take pictures of things with their phone. But they will. And do. So I thought I’d close out this announcement with a couple of stories about it.
END_OF_DOCUMENT_TOKEN_TO_BE_REPLACED

This is just a quick announcement of some interesting new collections of records, with minimal commentary. First of all, there’s a collection of emails between City Attorney spokesman1 Rob Wilcox and various L.A. Times Reporters. You can get the whole batch here:

Also I have a full set of reports2 from the Bureau of Sanitation on the cleanups of three homeless encampments on March 22, 2016. It took almost three months for them to hand over this material, which won’t surprise anyone who’s been following my recent interactions with them. This is likewise available from:

I don’t presently have much to say about the sanitation reports. At this point I’m collecting as much material as possible in order to (a) figure out what kind of material is available so that I’ll be able to make focused, effective requests in the future, (b) learn what kinds of arguments they make against handing over records so that I can make focused, effective counterarguments against them, and (c) understand all the players in the HE3 game and the roles they’re playing. I hope to be able to synthesize all of this at some point, but meanwhile I want to make the records available because I know smarter people than I are also reading them.

But I do have this and that to say about the emails,4 and after the break you will find commentary and links to interesting individual instances.
END_OF_DOCUMENT_TOKEN_TO_BE_REPLACED