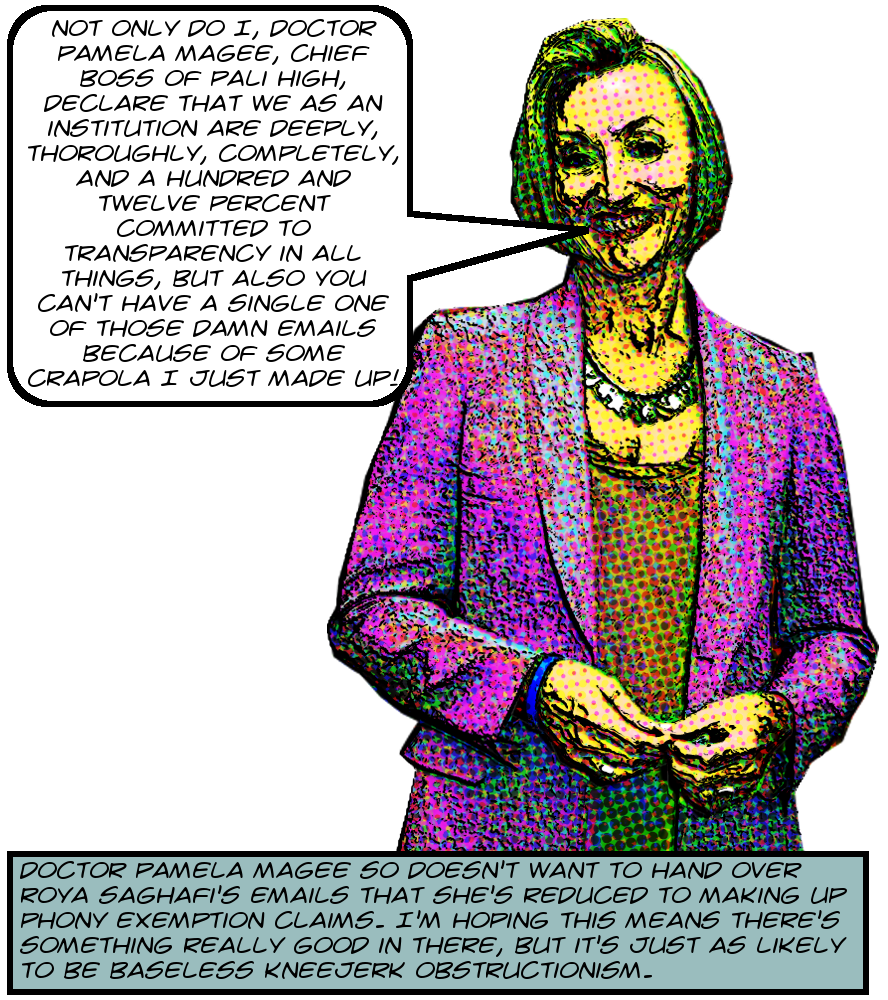 Yikes, man! She quoted it accurately, so that was a disappointment. But on the other hand it seemed really implausible that the emails I’d requested could be exempt on this theory. First of all, they obviously weren’t exempt before Saghafi filed suit so they couldn’t really become exempt on the day she filed.
END_OF_DOCUMENT_TOKEN_TO_BE_REPLACED