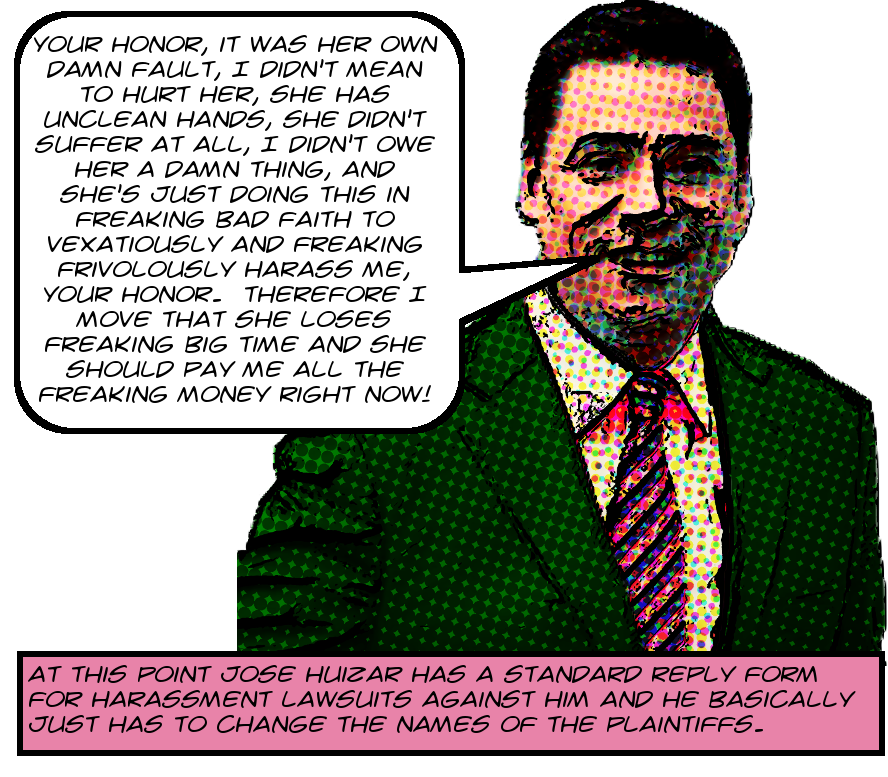 I’m not sure what it is that Huizar has against Meier, and there’s not much on the Internet that tends to enlighten. Meier’s reviews on the Robing Room are pretty uniformly abysmal, but that’s true for most judges, it seems, so we’re probably never going to know the facts. Turn the page to read the actual code section!
END_OF_DOCUMENT_TOKEN_TO_BE_REPLACED