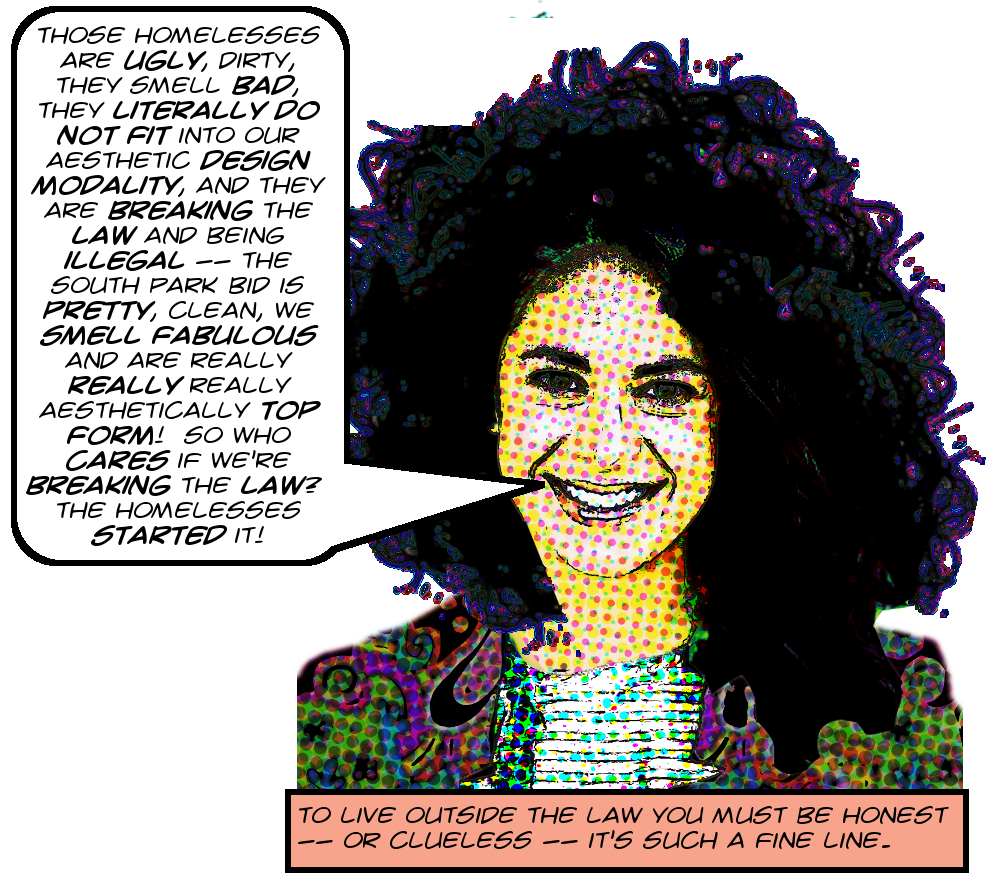 Here’s the link if you want to poke around for yourself, and in case it goes away at some point I downloaded everything, lightly renamed the files for easy sortability, and popped them onto Archive.Org for your viewing and analytical pleasure. And the pictures reveal a probably predictable truth, which is that despite all her showy public caution about not sending BID cleaning crews outside of the district, Ellen Salome Riotto and/or her photo-snapping minions broke the same law they would have broken had they just gone ahead and cleaned up the trash. Turn the page for a disgustingly detailed analysis, why dontcha?
END_OF_DOCUMENT_TOKEN_TO_BE_REPLACED