This is all well-known. What I haven’t seen discussed, reported on, or even published is this 24 Hour Occurrence Log form about the shooting, prepared by LAPD Force Investigation Division Detective Anthony Rheault on June 18, 2019, just four days after Sanchez killed French.1 In particular this initial report states that “In an unprovoked assault, Kenneth French struck the officer in the head, causing him to collapse to the ground with his child.”

The 24 Occurrence Log also states that “The off-duty officer sustained blunt force trauma to his head.” While there is some testimonial evidence that French did strike Sanchez it’s not completely convincing and given that later pretty much every other aspect of his story turned out to be a lie, I’m not completely convinced.

Furthermore, Moore’s final report, which was obtained and published by the Los Angeles Times, contains no convincing evidence that Sanchez suffered from any serious injury. To the contrary, Moore states:

So basically Rheault accepted Sanchez’s story as fact on these two essential issues, issues on which all the different levels of review later found Sanchez’s story to be inconsistent and implausible. It seems to me, at least, that investigators ought to keep their unsupported conclusions out of their reports and stick to the facts. 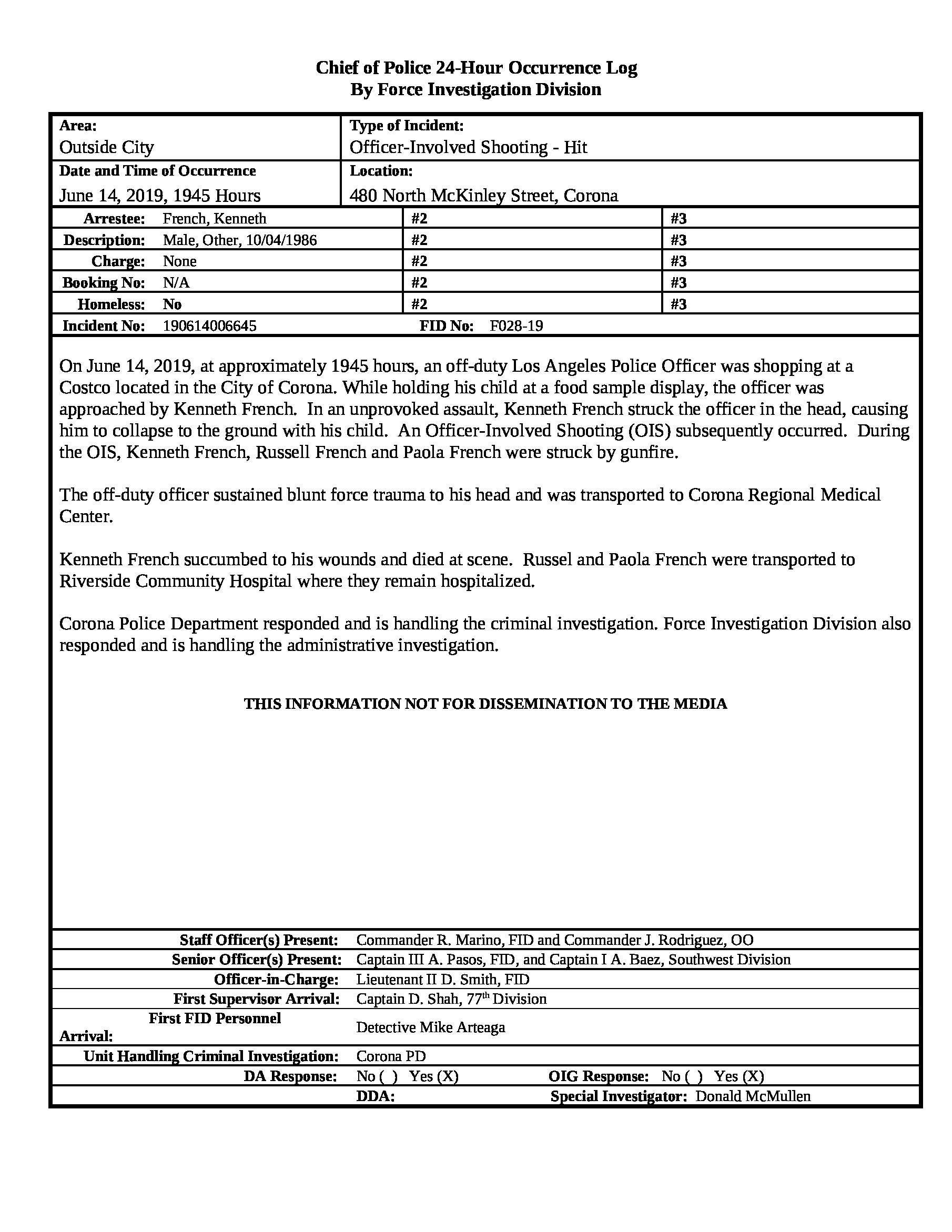