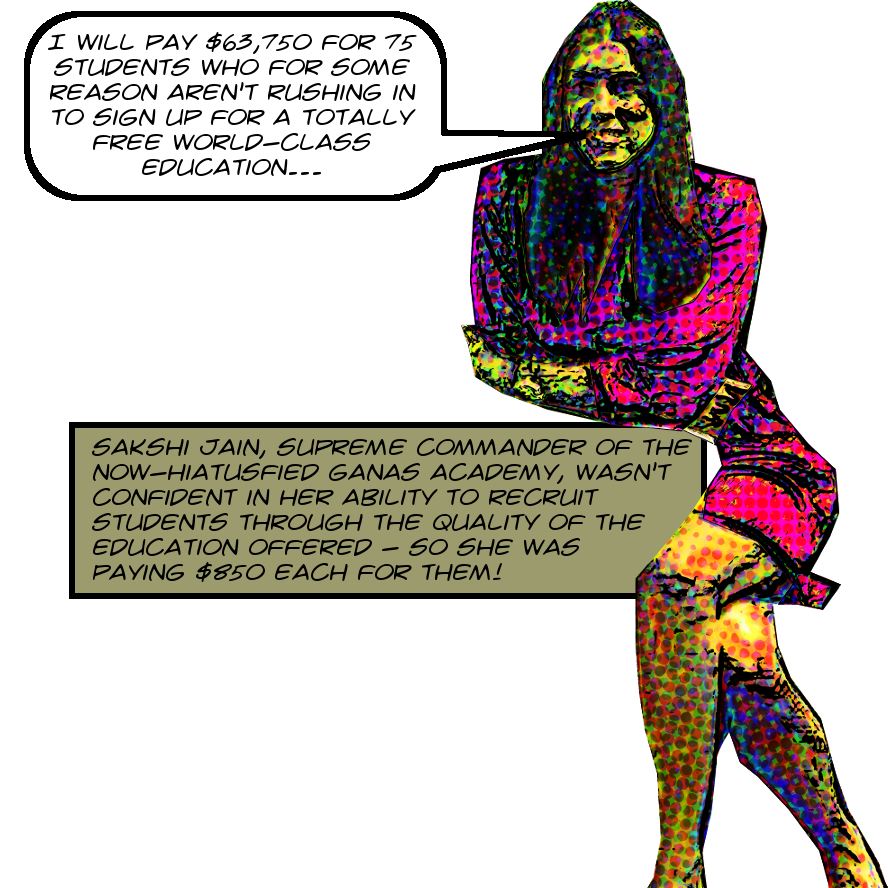 Somehow, even though it makes no freaking sense whatsoever, we are continually asked by innumerable mobs of kool-aid-drunken pro-charter ideologues to believe that somehow their damnable publicly funded private schools are more efficient1 than publicly run public schools. Thus, the argument goes, we are lucky to be able to funnel public money and other valuable assets to them for their supernaturally efficient use in the pursuit of what they’re pleased to present as public goods.

But just logically, theoretically, even without reference to facts, how could this possibly be true? Like how does it make sense to pay the supreme commander of some random charter school out in Northwest Zillionaireville a significant fraction of a zillion dollars in exchange for her skilled elite commandery when we’re already paying Austin Freaking Beutner an equally significant fraction of a zillion dollars for his equally elite equally skilled commanderistic talents? How many damn commanders do we even need?

In any case, that’s the theoretical no-facts-needed version of the anti-charter-efficiency argument. But, as you no doubt know, the very point of this blog, the one thing that sets it apart from your average raving Internet lunacy,2 is facts! Facts as reflected in public records! All this blather, like the blather you’re reading now, exists for no real purpose beyond filling out the blank space around the links to the records.

Like for instance, this link to a contract between Sakshi Jain, supreme commander and founding heroine of the lately placed-on-hiatus GANAS Academy, and some guy named Ed, whose LinkedIn profile identifies him as an educational consultant. The purpose of the contract is to engage Ed’s services to recruit students to attend Jain’s star-crossed but nevertheless self-proclaimedly world-class private school. And what is most amazing to me is that Ed is to be paid per piece. Not a joke. Eight Hundred And Fifty Freaking Dollars per student signed up.

And not only that but every student that signs up after the contract is signed is to be attributed to Ed. Is this normal? Does anyone out there know if this is how charter schools actually get students? Like they actually pay some guy named Ed $850 per student that signs up? This, obviously, is completely incompatible with any argument whatsoever that giving public money to private charter schools is more efficient than…well, than anything.

What this says to me is that it would be more efficient to ban charter schools and every time a kid signed up for a public school we would flush $849 down the toilet, thus saving $1 per kid for the public treasury.3 This is actually insane. We have teachers in public schools begging people to help them pay for pencils while charter schools are paying Ed $850 per recruit. It is actually crazy. Literally.

Also she hired Ed to do PR for her infernal school and to find them some other location so they wouldn’t have to co-locate on the campus of Catskill Elementary which is why everyone hated her in the first place and why she was rapidly lapsing into outright lunacy. Which he evidently was not able to do. He was also supposed to change the anti-charter narrative and find supporters in the community, which he really failed at. I don’t know yet whether Jain paid the guy any money, but we are certainly well-rid of these fools. Ed’s tasks:

Image of GANAS Academy founder and supreme commander Sakshi Jain is ©2019 MichaelKohlhaas.org and you know, there is, after all, this.