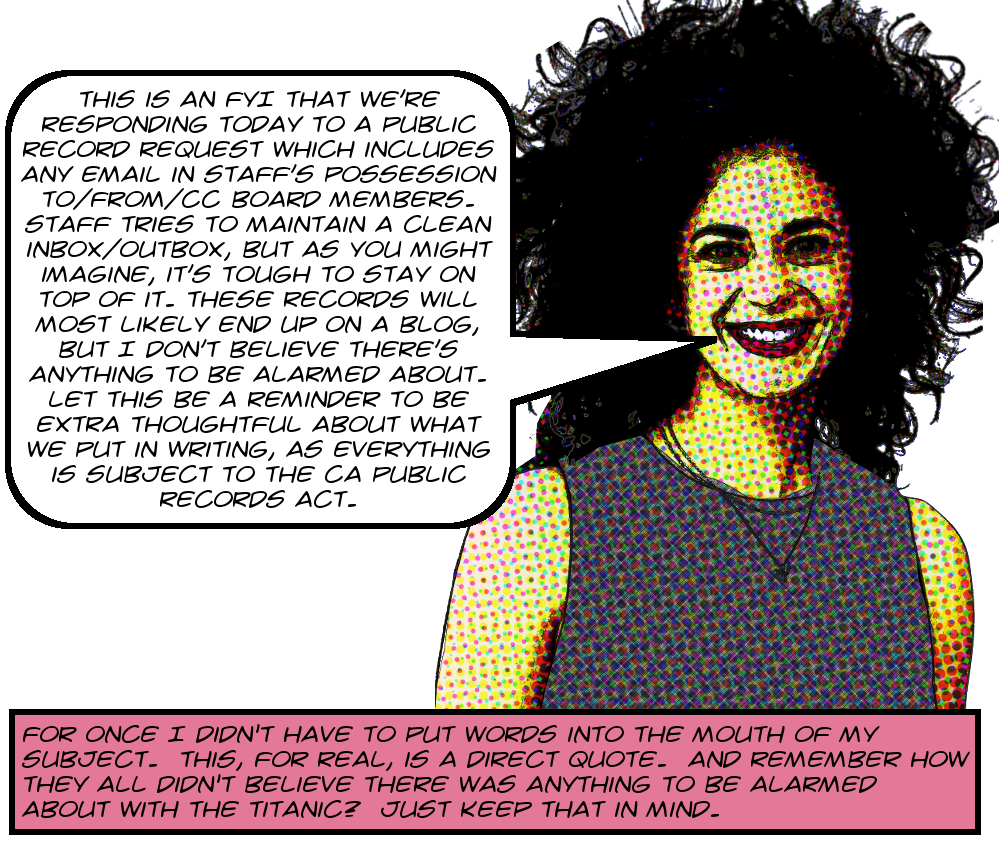 As you know, I’ve been getting massive luscious piles of emails from the South Park BID lately because Zeck Dreck Ellen Salome Riotto, unlike her bloodstained cynical antisocial prostrating-herself-before-the-stinking-hooves-of-satan predecessor, places some importance on actually following the law.1 And a lot of the stuff I’m getting is really serious. Implicates matters of the deepest public interest and so on.2

But it’s not all serious, friends. You know what all work and no play does to Jack, right? Just think what it’s gonna do to us. A fate worse than a fate worse than death! And so follow me as we indulge ourselves in a little pure entertainment!3 Tonight’s post is the merest of mere trifles, a bagatelle, a cipher, a nothing, a frothy confection of emptiness, and so on. But it’s funny, so here we are. And it’s one of those funny things that really doesn’t need any explanation. Explanation would just kill the delicate flavor. It’d be gilding the lily, throwing perfume on the violet, adding another hue unto the rainbow, and so freaking on.

Thus, friends, just read this email, wherein Ellen Salome Riotto tells her board that all their emails are going to end up on the open internet courtesy of yours truly but that there’s nothing to worry about as long as they are thoughtful about what they write. Or, she failed to say, as long as they just stop engaging in activities that force them to be thoughtful about what they write for fear of it ending up on this blog. And there’s a transcription of the whole damn thing right after the break!

This is an FYI that we’re responding today to a Public Record Request which includes any email in staff’s possession To/From/CC board members. Staff tries to maintain a clean inbox/outbox, but as you might imagine, it’s tough to stay on top of it.

These records will most likely end up on a blog, but I don’t believe there’s anything to be alarmed about. Let this be a reminder to be extra thoughtful about what we put in writing, as everything is subject to the CA Public Records Act.