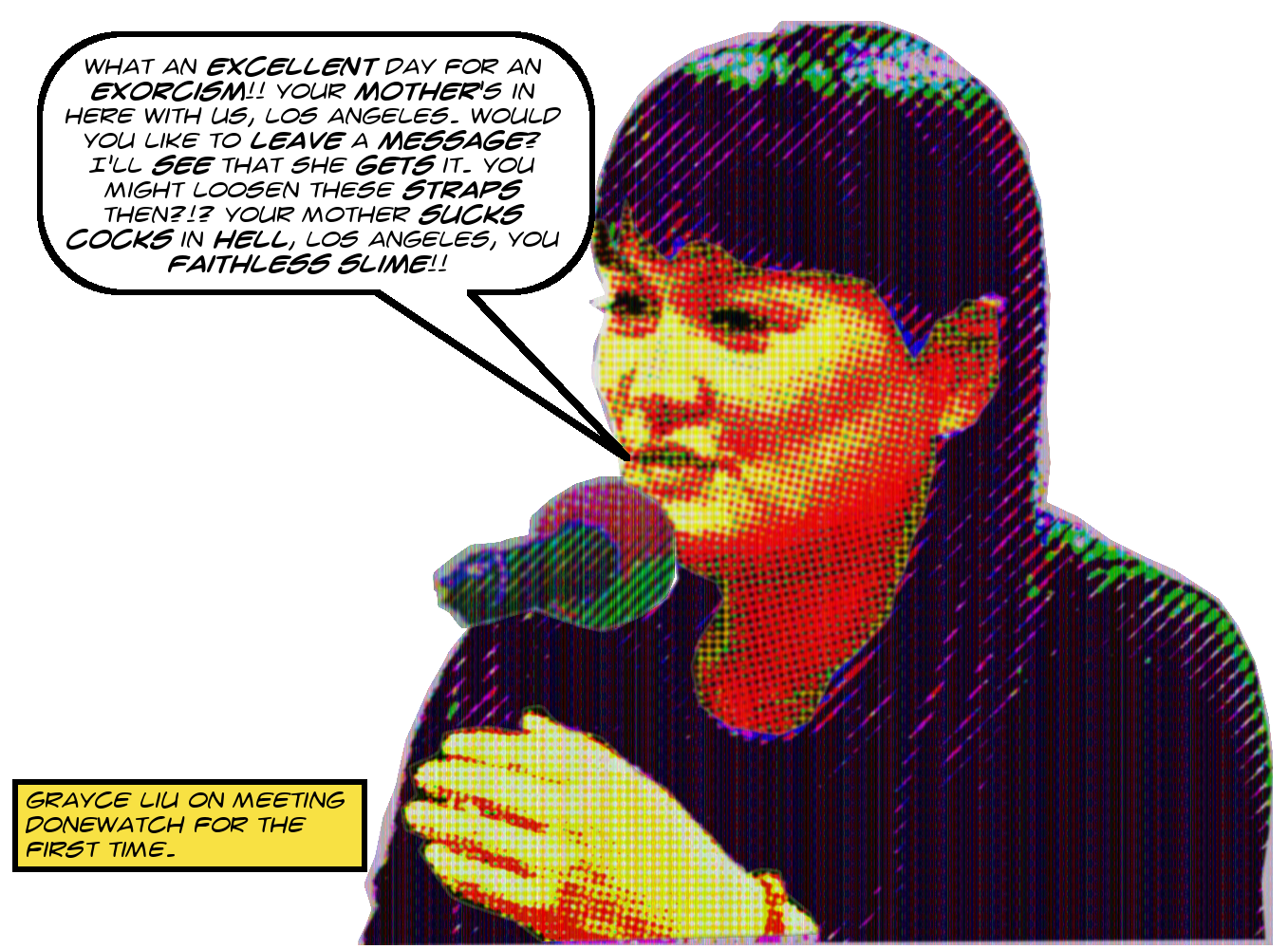 Anyone who reads this blog regularly knows that the Department of Neighborhood Empowerment, the City agency that exists seemingly only to boss about Neighborhood Councils, although no one really knows whether or not they have the authority to do that, is pretty much the embodiment of evil.1 Just look at our tag archive for Grayce Liu to see the pernicious role these people played in the Skid Row Neighborhood Council debacle.

Grayce Liu was at the forefront of the mishandling of the SRNC appeal process, she played a major role in the use of online voting to torpedo the SRNC election, and so on. And it’s not all about Skid Row. DONE has been involved in controversy after controversy, all of them relating to their habit of undermining the power, such as it is, of the City’s neighborhood councils. And to date they have been able to do this in a fairly covert manner. No one has really been paying much attention.

Well, those days are done. Yesterday a group of citizens announced the launch of a new watchdog group known as DONEWatch! They also have a Facebook page!! If you care about the fate of our neighborhood council system, or the functionality of our City government, or just about minor tangential issues like the rule of law in a free society, you should check this out! Turn the page for a stirring quote on the mission of this brave devoted band!

DONE WATCH is here is for one reason.

To be a shared venue where those who sacrifice their time, talents and treasure to better their neighborhoods and give them voice in LA’s municipal dialog. Circumstances now compel us to unite our voices to show these problems are not isolated to any one person or council; they are systemic, and bordering on institutional failure.

L.A’s neighborhood councils now need to chart their own directions. And the only way to manifest a course correction is to speak with one undeniable voice. Not to break down any one organization, but to build all of them up, simultaneously.

Image of Grayce Liu getting the devil knocked out of her is ©2018 MichaelKohlhaas.Org.