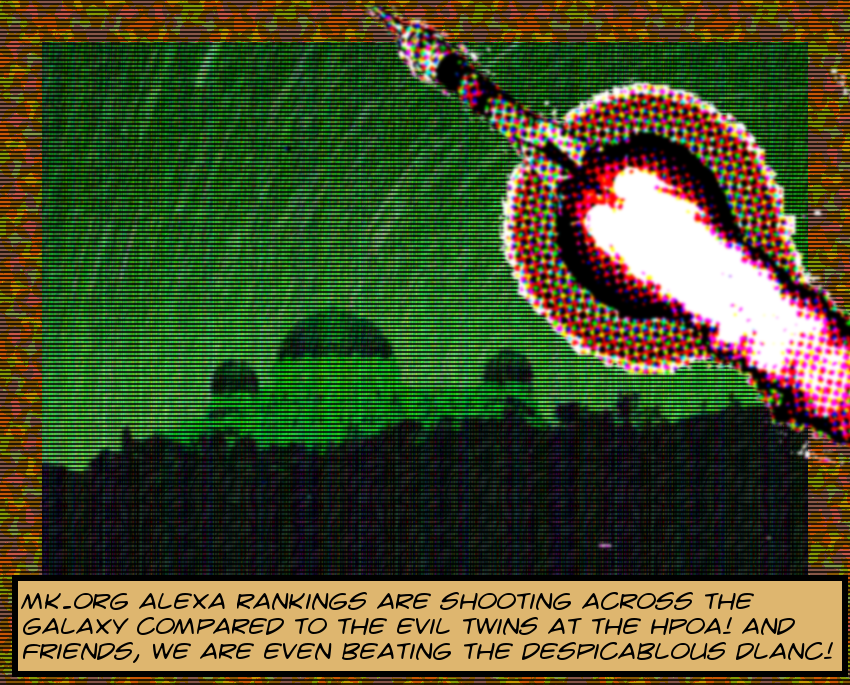 Good evening, Los Angeles!! When last I wrote to you about all things Alexaic, the evil twins at the Hollywood Property Owners Conspiracy were Alexically more than 400,000 behind your heroes here at the MK.Org secret headquarters. Well, I have come out of my closet this evening to announce unto you that as of right now we are pretty much seven eighths of a million higher than those snively lil losers! That is right, check it!

And keep in mind that according to the Internet’s foremost authority, whose official title is Some Random Guy On Quora, there are 876.8 million websites in the world. That means that MK.Org and the HPOA are both in the top half a percent, but we are way, way, way, WAY more in there than they are! And never forget, you have already won when you can hear them screaming REEEEEEEEEEE!!!!!

Image of rocket zooming around the stratosphere is ©2017 MichaelKohlhaas.Org and we smushed it up outta this rocket and this observatory.