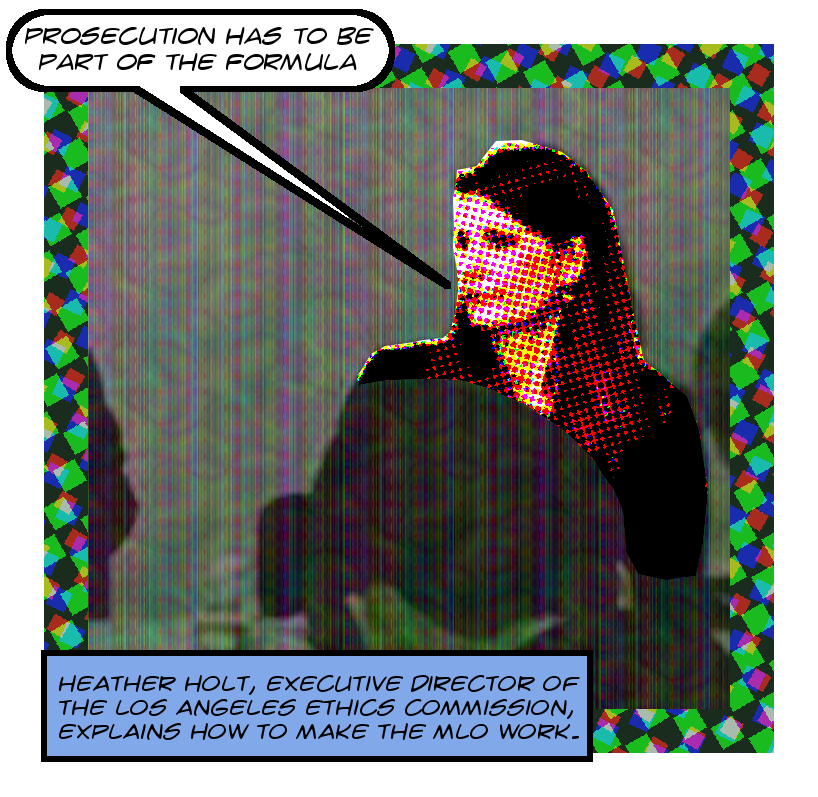 As you may already know, the City Ethics Commission is in the process of proposing revisions to the Municipal Lobbying Ordinance. The full proposal is here. They’ve been holding meetings to solicit input and, given the anti-regulatory stance adopted by a significant number of the Commissioners recently, it’s essential that right-minded people get their comments in to ethics.policy@lacity.org soonest.

I’ve been working on a letter for a few weeks now,1 and yesterday I finally finished it. You can get a copy of the PDF or read a transcription after the break. Please feel free to use any part of this to guide or inspire your own letters, which, as I said, I really hope you will send in as soon as possible.

The next Commission meeting is on October 17, and I’m told by staff that all comments received by a few days before then will be distributed to the Commissioners. If you can get your comments in pretty soon, though, they’ll also be discussed by staff prior to finalizing the proposals, which may be a good thing.

As promised, here is a transcription of the letter I sent to the Commission yesterday. It’s generated from source by a script, so some of the formatting is wonky. I fixed as much as I noticed, but I almost certainly missed stuff.

Of what use is disclosure information?

Regulation of lobbying does not malign lobbying

The picture of Heather Holt at the head of this post is ©2017 MichaelKohlhaas.Org and is based on an original to be found here. The words in Heather Holt’s mouth are a quote from this article.