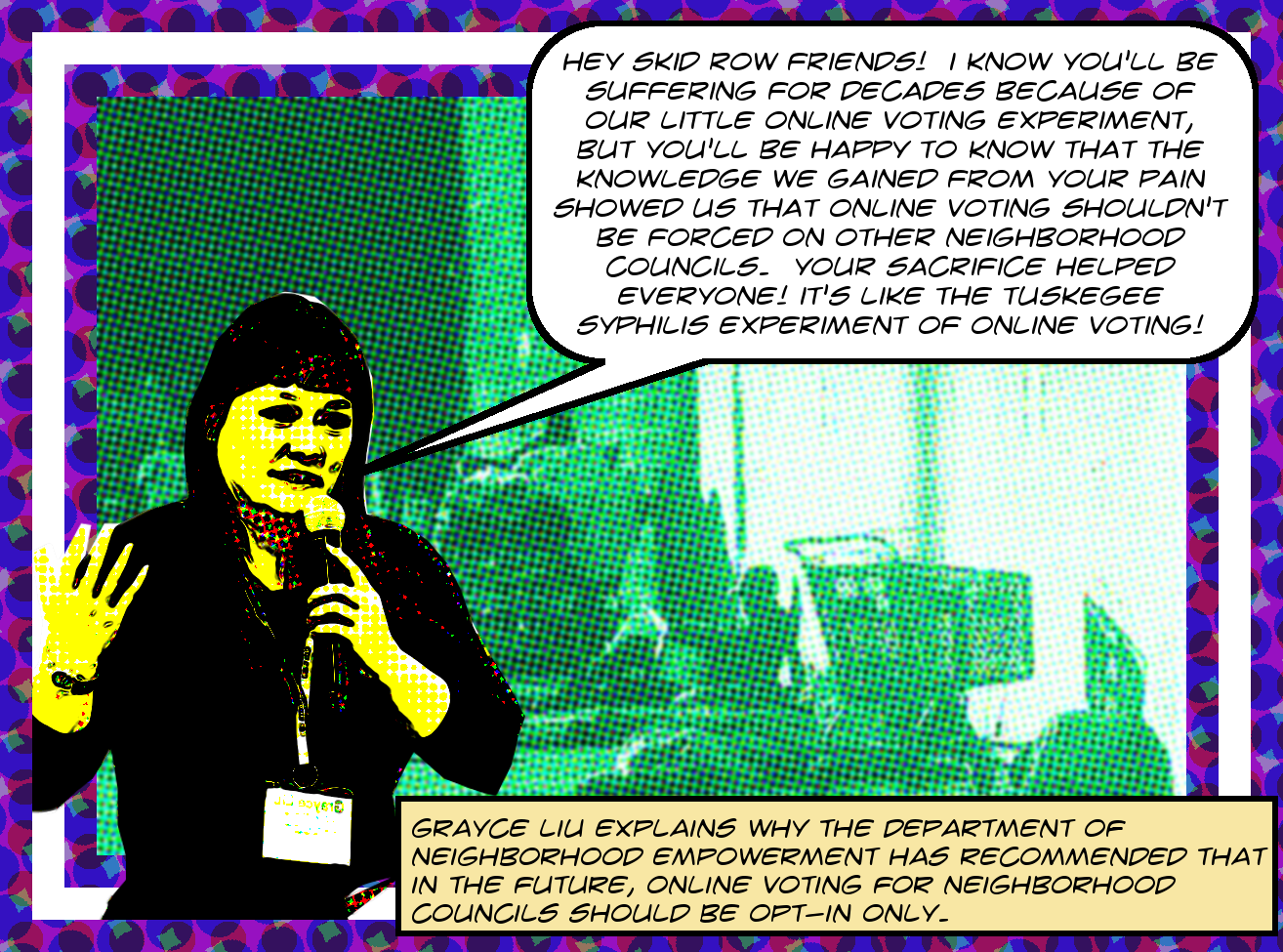 Yesterday the Department of Neighborhood Empowerment submitted a report on online voting in neighborhood council elections to the Los Angeles City Council’s Health, Education, and Neighborhood Councils Committee.1 Here’s a link to the report, but be careful as it’s a massive PDF. After the great injustice and great pain caused by José Huizar and DONE by imposing online voting on the Skid Row Neighborhood Council effort one might think that DONE would have displayed some consciousness of the damage they’d created.

But that didn’t happen. In an unfortunately characteristic display of block-headed indifference to both morality and reality, the sole lesson DONE seems to have learned is that online voting increases voter participation:

The potential of online voting and voter registration to engage more stakeholders in Neighborhood Council elections was clear in the 2016 pilot as noted in the January 17, 2017 report and confirmed in the subdivision election for Skid Row Neighborhood Council this year where 1,388 votes were cast online out of a total of 1,592.

It’s disgusting indeed that they don’t even mention the fact that online voting increases participation among non-homeless people while actively decreasing it among the homeless, even though they are well aware of this fact. And their recommendation to the City Council, which will almost surely be adopted verbatim? It’s that online voting should not be imposed on any other neighborhood councils but that they be allowed to opt into it if they so choose:

Additionally, they recommend that neighborhood council terms be extended in order to match the new Los Angeles city election schedule. Turn the page for a transcription of the summary of the report

The image, which by the way is ©2017 MichaelKohlhaas.Org, was skooshed together out of this picture of Skid Row, released by its creator, Eve Fouché under the CC-BY 2.0 and this picture of Grayce Liu, which is a public record.