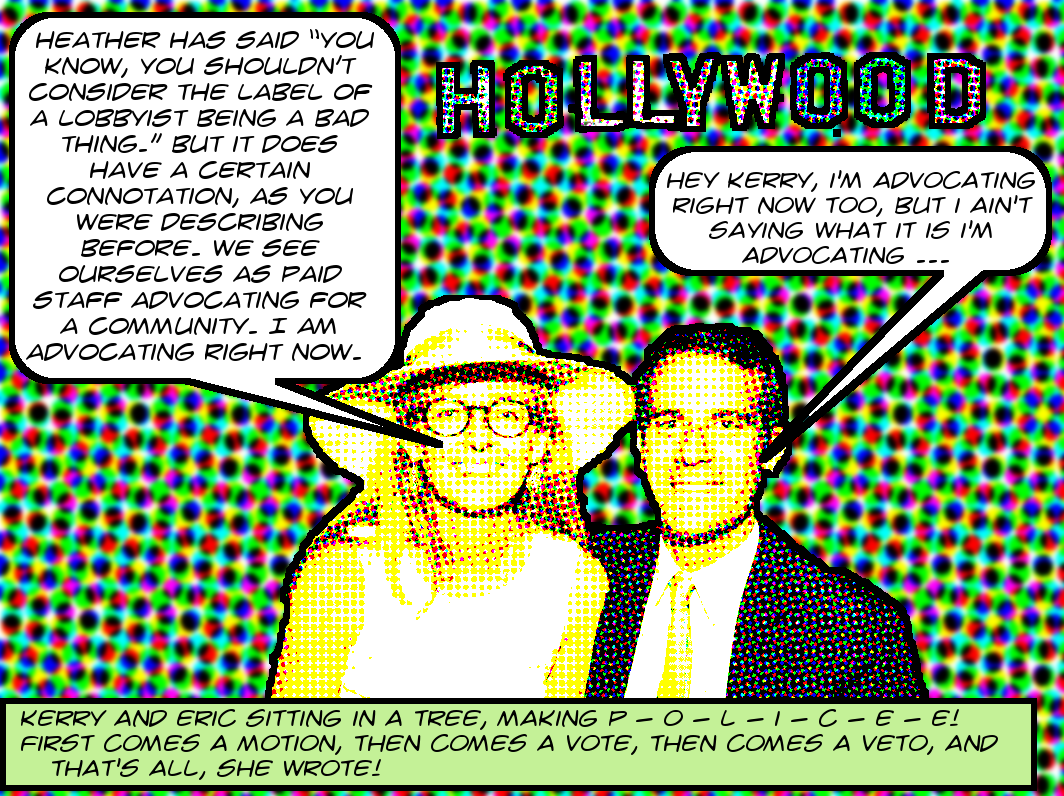 At that time Eric Garcetti was chair of the Rules and Elections committee, where the proposal went first. At the behest of Kerry Morrison, Estela Lopez, and a bunch of other BID staffers, in the midst of a stomach-turning display of flirtatious trivialization, he let the proposal die in committee without even a second hearing. You can read all about this disgraceful episode and even listen to audio of the giggly horribleness of it all. There’s every chance that something very similar will happen this time around. But maybe not, who can say.

Image of Kerry and Eric is ©2017 MichaelKohlhaas.Org. It’s loosely based on this picture of Kerry Morrison and Eric Garcetti in 2008 sitting far too close together for the taste of anyone sane.