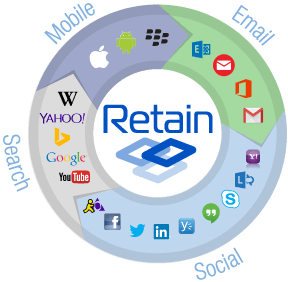 
You might recall that in December I wrote about Groupwise, the email software that LAPD uses, and the fact that there is a powerful eDiscovery suite called GWAVA Retain that integrates with it, making possible global email searches in reasonable amounts of time.1 At that time it appeared that the City was claiming that this was not possible, and my point was that if it was not possible, it was not possible due to a conscious choice on the City’s part. Now it turns out that, according to Leshon Frierson, LAPD IT person:

The LAPD has an email management software that it has used since March 2013, for the primary purpose of archiving emails and making it easy to produce emails in litigation and in response to requests for production. A true and correct copy of the description of the e-discovery software, Retain, which is used by the LAPD, is attached as Exhibit A.

The software is an add-on to the LAPD’s email software, Novell Groupwise 2012. The LAPD began using the software in March 2013 in response to Mr. Frierson’s repeated requests since 2008 that the City obtain software that would allow the LAPD to more easily and better respond to discovery requests and CPRA requests for emails.

And nobody thought to mention this before Ms. Myers called bullshit on their pitiful claims. It’s interesting that it was Frierson who admitted that LAPD uses Retain. You may recall that in a previous declaration, he claimed:

Second, with respect to emails sent or received after March 2013, a keyword search using the terms in paragraph 4 would also be impossible for LAPD given the state of its technology and its resources. Such a search would tie up the server for weeks and would require thousands of hours of employee time.

It seems as if that would have been a perfect time to mention that the LAPD had been using Retain since March 2013 so that the plaintiffs could check independently on the veracity of these claims. I wonder why he didn’t? Anyway, that’s the news. The application for contempt and sanctions is still pending, but the smart money thinks it’s going to be granted. Stay tuned!