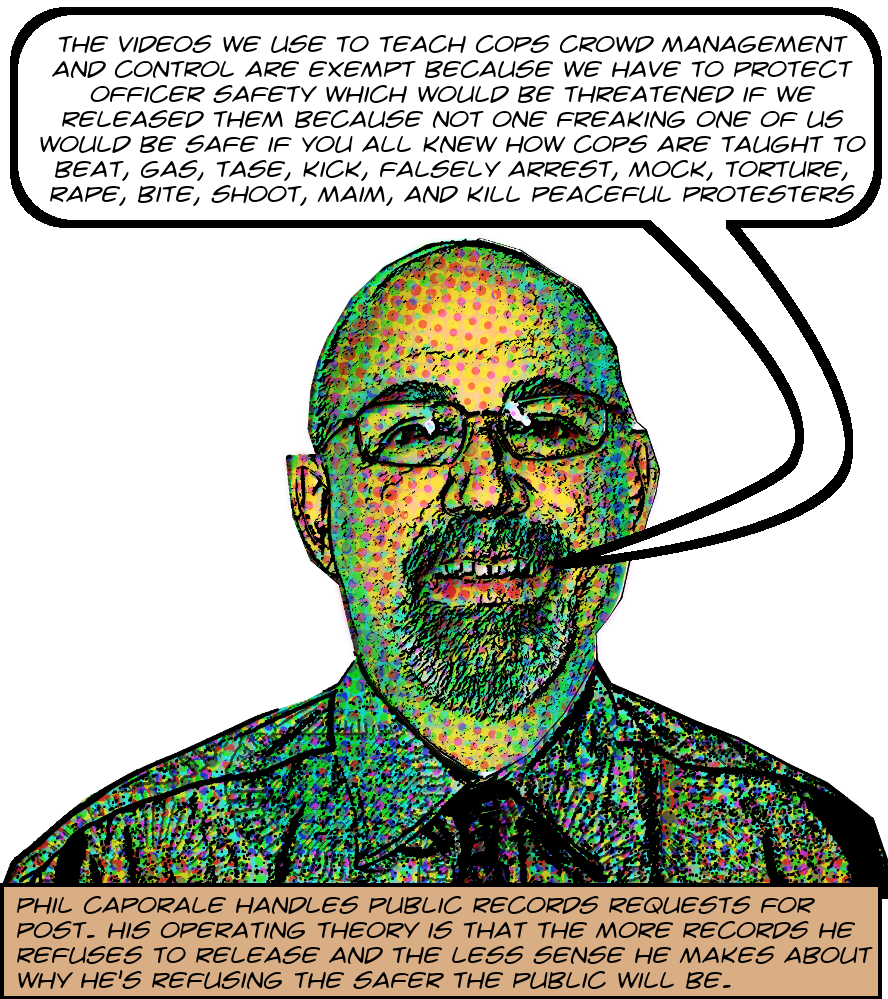 After I pressed him a little he informed me that to release these 45 videos would endanger the safety of both the public and of officers. He also listed the 45 videos he was proposing to withhold.5 The list is transcribed at the end of this post and you can also find it in this PDF of Caporale’s email. But that bit in §6255(a) about the “facts of the particular case” isn’t in there for nothing. It requires agencies to have an explanation for each withheld record that’s based on specific facts about that record.6 END_OF_DOCUMENT_TOKEN_TO_BE_REPLACED