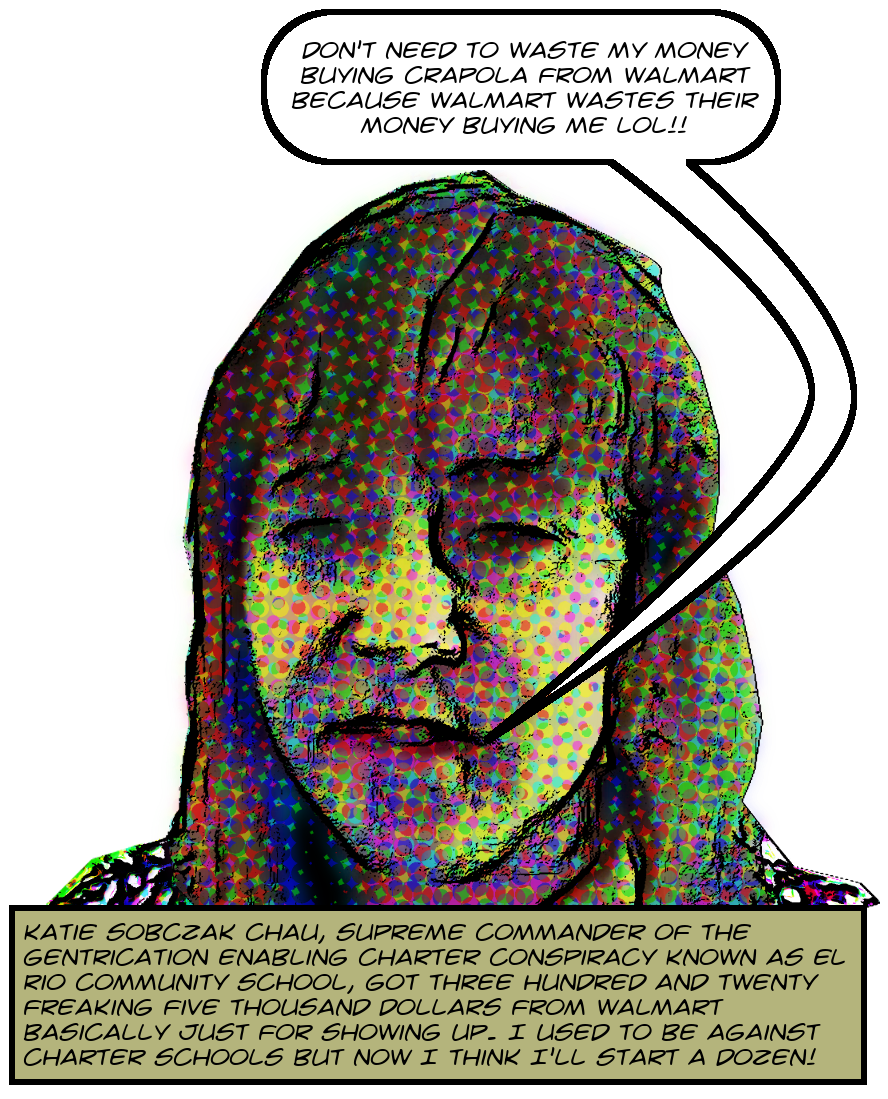 It’s apparently pretty well known that the Walmart Foundation1 gives big ass grants to charter schools as part of their general project of undermining civil society.2 And it turns out they’re handing them out right here in Los Angeles!

Consider the case of the Waldorf-infused gentrification charter known as El Rio Community School. I recently obtained copies of their recent bank statements and right there in November 2019 you can see that big old Walmart Family deposit, just BAM! Straight into the checking account! Or see image below!!
END_OF_DOCUMENT_TOKEN_TO_BE_REPLACED 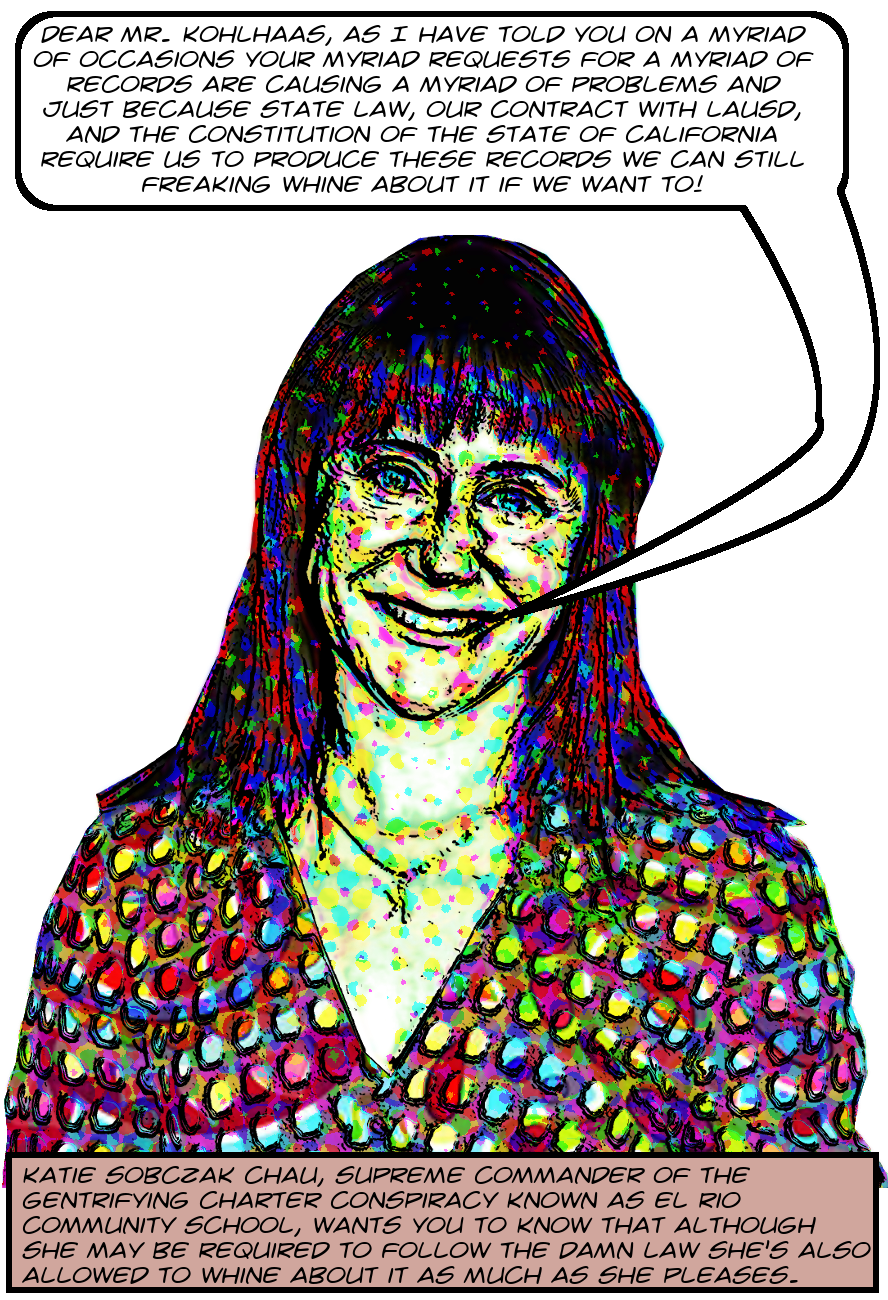 All over the State of California local agencies are using the COVID-19 pandemic as an excuse to deny the public access to records required by the California Public Records Act. I don’t, therefore, have nearly as much material to write about so in response I’m writing about the lack of records instead, and the various ways agencies deny access. Here are some earlier posts on this topic.

It’s well-known among requesters of public records that agencies don’t just violate the law, they don’t just ignore it or misunderstand it or willfully misinterpret it. They also whine about it constantly, they aggressively mischaracterize requesters to create the impression that the requests are the problem rather than the agency’s noncompliance, and so on.

Such behavior is bad enough when governments do it, but at least in the state of California numerous private corporations, if created by the government to carry out government functions, are also subject to the Public Records Act. These entities, mostly business improvement districts and charter schools, are not only subject to the CPRA by law but also due to contracts they sign with their authorizing governments.

It strikes me as especially egregious when such quasi-private entities whine about their CPRA obligations and gaslight requesters because they voluntarily agreed via contract to comply. This is a brief post to highlight a recent example involving the gentrification-enabling Highland Park charter conspiracy known as El Rio Community School. It’s not the most egregious instance I’ve encountered, but it’s straightforward, so a good illustration.
END_OF_DOCUMENT_TOKEN_TO_BE_REPLACED