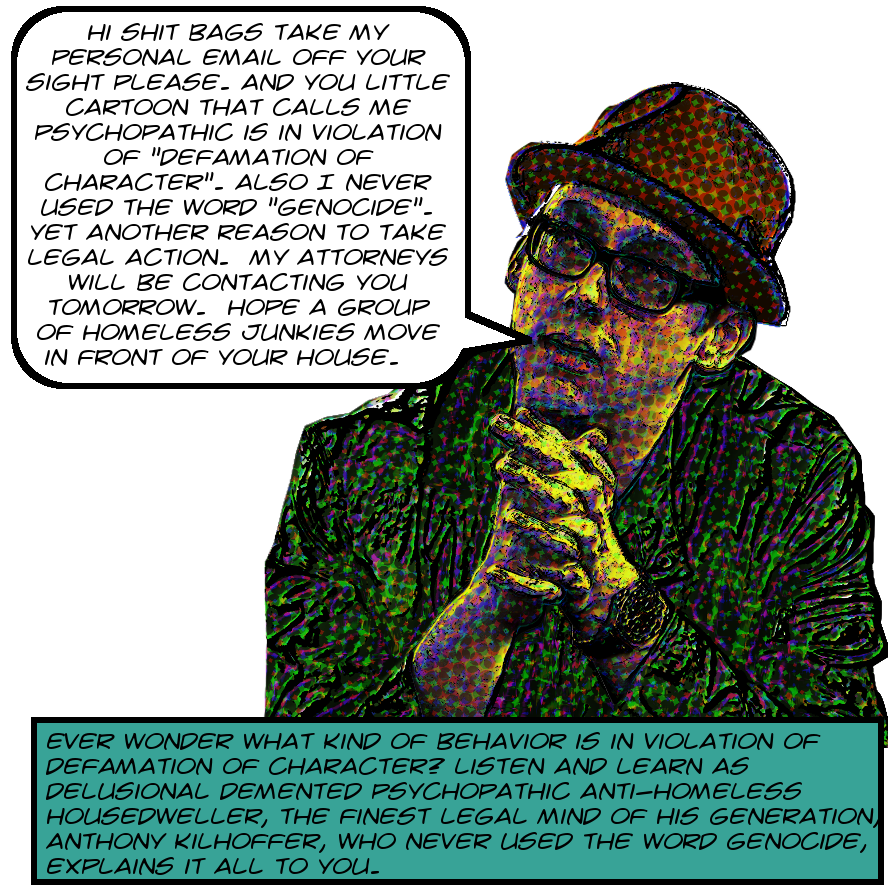 Oh Lord! Remember a few weeks ago when we published some demented rants by mouth-frother and crazed homeless-hating Hollywood capitalist Anthony Kilhoffer? The point of which was that it doesn’t matter how absolutely incoherently dementedly psychopathic are the rants of homeless-hating housedwellers, City officials will nevertheless treat them with the utmost consideration, greet them, meet them, respect them, call in sweeps and displace suffering homeless human beings merely to placate them in their unreasoning rage, and so on.

But homeless-hating housedwelling psychopaths are not generally very perceptive, thoughtful, aware of things outside their heads, and so on. And why should they be given that they can get whatever it is they want through blind rage? On the basis of this theoretical framework, then, it makes perfect sense that Kilhoffer, on discovering my publication of his publicly available rage rants, wouldn’t reflect on the fact that he chose to display his psychopathy in public, but would instead choose to call me a bunch of mean names and then threaten me with legal action?

And that’s just what he did! With A WHOLE LOT OF CAPITAL LETTERS!!! And you can read the two emails here and here, and of course, there are transcriptions below! Stay tuned for more news as we get it!
END_OF_DOCUMENT_TOKEN_TO_BE_REPLACED