Last year, apparently on August 7,1 the BID Patrol drove one of their BIDmobiles eastbound on the 6300 block of Homewood Avenue. The driver of the vehicle, holding a Kodak Playsport Video Camera, Zx5, filmed the north side of the street as he drove the vehicle. You can watch the whole video here. 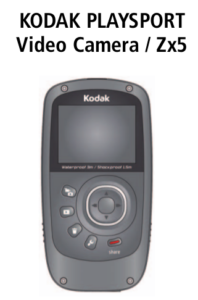 One huge problem with this scenario is that, as you can see from the image of the camera, Kodak Playsports have a video monitor that shows what’s being recorded.2 Now, take a look at California Vehicle Code section 27602, which plainly states: