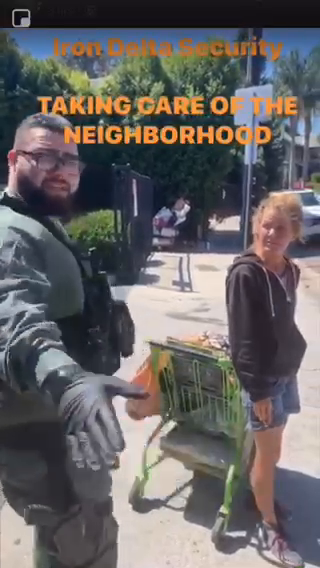 And subsequent to this wave of exposure there was the predictable backlash from the homeless-hating vigilante housedwelling Facebook warriors who, like all of their ilk, cannot stand having the caustic contents of their seething ids exposed in public and then mocked. I’m sure you can imagine all the idiotic Internet lawyerisms about defamation and lawsuits and et-freaking-cetera. I won’t bore you with it here. 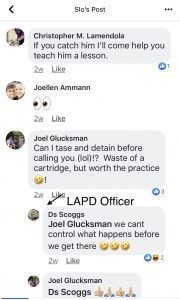 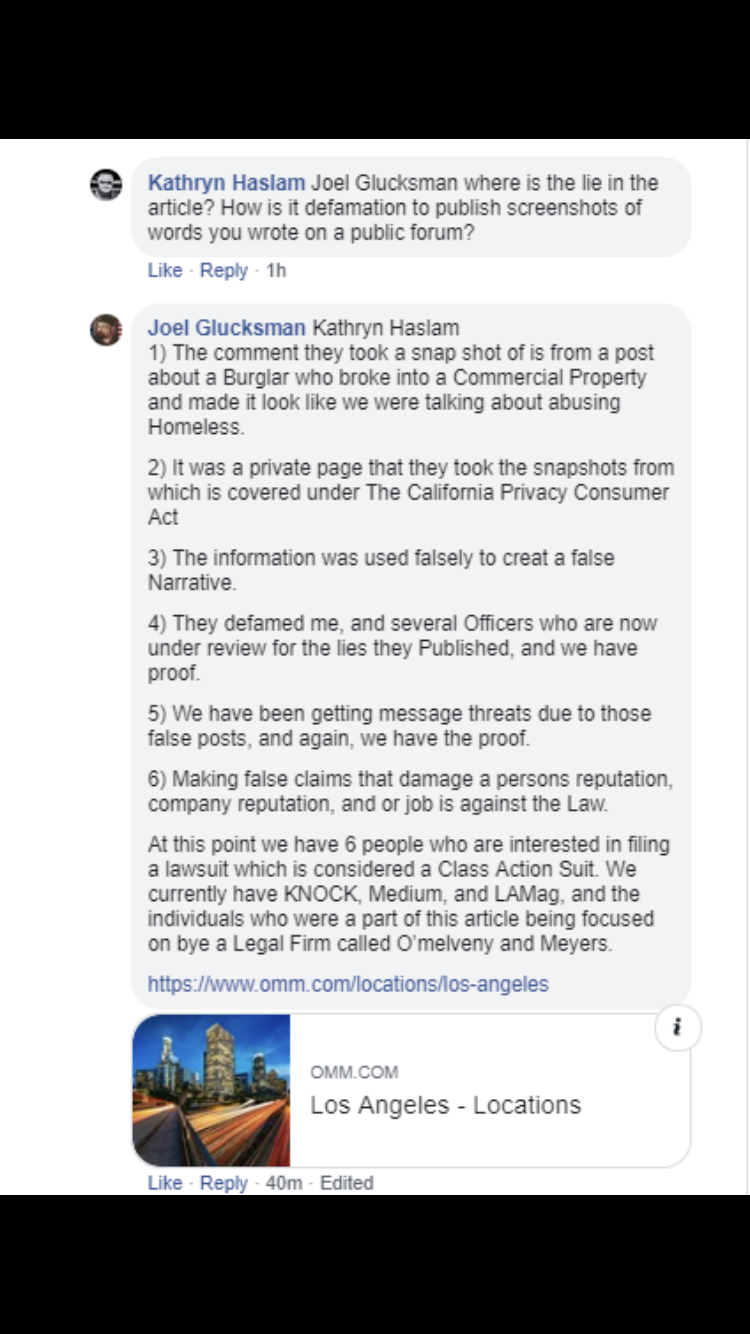 Oh, except for one example. For background, here’s super-genius Joel Glucksman on one of these Facebook groups joking about tasing a human being before the police show up, answered, enabled, and encouraged by LAPD Officer Daryl Scoggins with a stream of LOL emojis. So it seems that, in what passes for the dude’s mind, Joel “Tase And Detain” Glucksman was talking about a suspect not known to be homeless here. And he took exception to perceived claims that his intended victim was homeless.

And naturally, according to well-established principles of Basic Internet Lawyerism, it constitutes defamation to accuse some psychopath of wanting to tase and detain homeless people when all he did was propose to tase and detain people of unknown housing status. Behold the galaxy-brain’s legal analysis! Well, behold it by clicking on the image, anyway, because I have better things to do than to transcribe this blather. We have more important matters to discuss!

Like the fact that this Joel Glucksman fellow isn’t just idly threatening to “tase and detain” his victims. It turns out that he’s a security guard (license #6249794). And he seems to run some kind of weirdo security firm, deeply immersed in the fascist aesthetic, called Iron Delta Security which has some kind of weirdo Nazi-slash-Star-Wars logo.

And he has a freaking video ad showing his Nazi cosplay buddies dressed up like a gang of special forces psychopaths, armed to the freaking teeth harassing homeless human beings on a public street. And for some kind of technical WordPress reasons that I’m not going to be able to work around I can’t embed this video, but click here to watch the damn thing. There are a bunch of stills below. 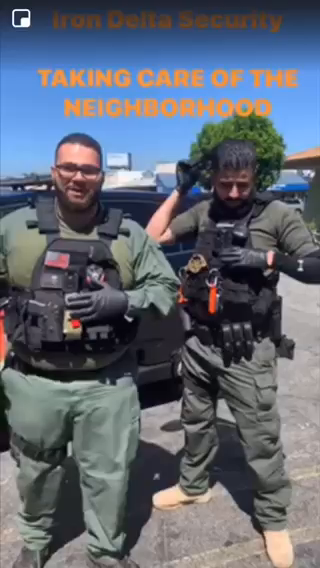 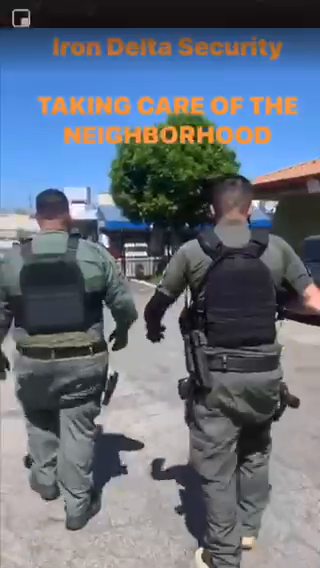 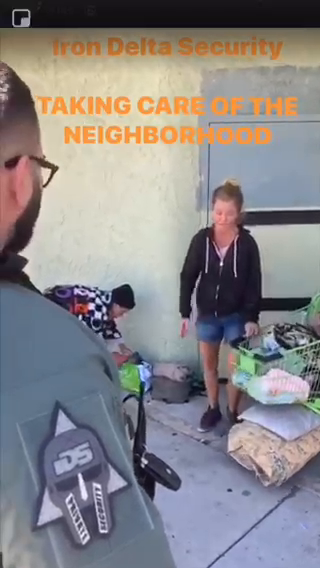 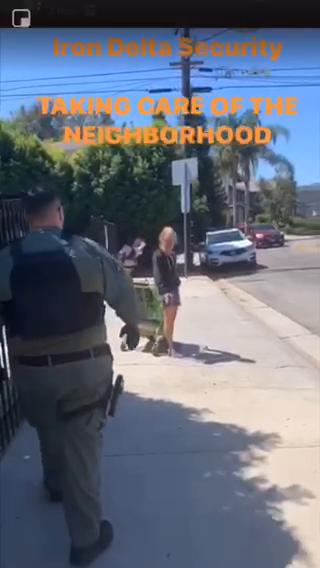 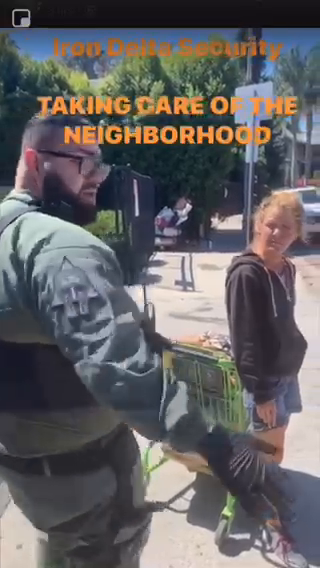