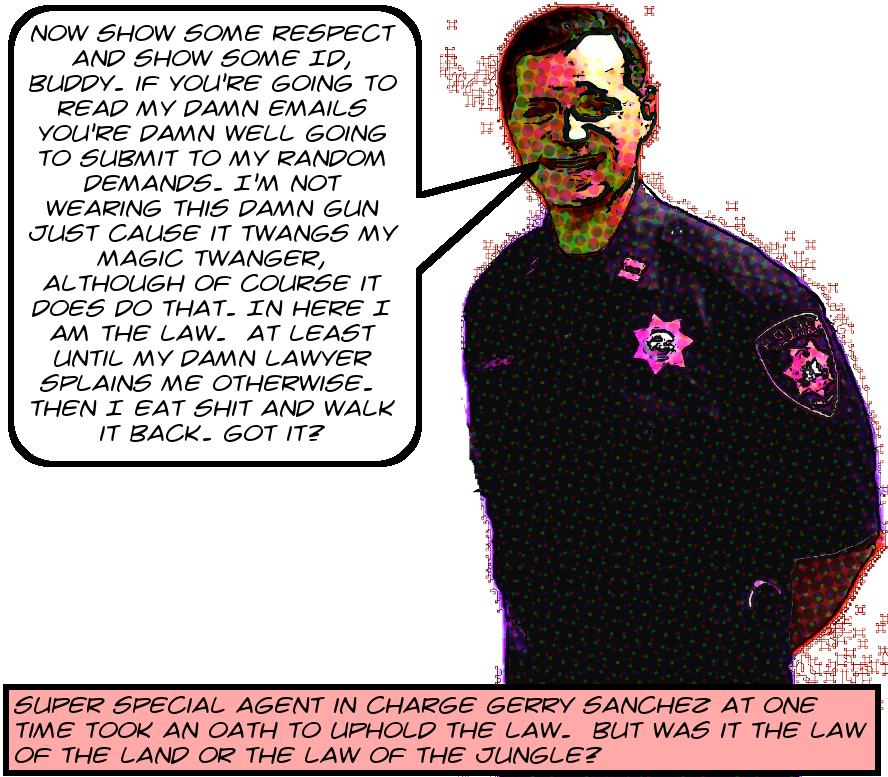 Good day, friends, and welcome to the backstory of a post I have not written yet. You see, on Thursday1 I rode various buses and trains up to 888 S. Figueroa Street to visit the office of the California Department of Alcoholic Beverage Control for the limited purpose of inspecting some records. Here before you is the story of the inspection, and although I will certainly be writing the story told by the records themselves, today is not the day for that. You can look at them here on Archive.Org, though, and they are certainly worth your time.

It all started on October 26 when I emailed PublicRecords@abc.ca.gov with my request. On November 14, an amazingly prompt 18 days later, Stephanie Eastwood (stephanie.eastwood@abc.ca.gov), who is some kind of ABC CPRA specialist, told me that there were 152 pages of responsive records and that I had to go to an ABC office to look at them. It may be worth looking at her email, if only to note that she doesn’t sign her last name, a fact which will become interesting later in the story.

I told her that LA Metro was closest and that I would need to use my scanner. I also pointed out that they could just give me exported electronic copies for free, which is required by the CPRA.2 Then she ignored me for a couple weeks3 and, when she responded, her email contained the remarkable claim that ABC’s email system was so old that it “does not use electronic files.” She also told me that according to most high and mighty special agent in charge Gerry Sanchez, there was no “secure area” at LA Metro to use my scanner but that if I went to the Long Beach office I could scan.

However, Long Beach is too far from me, both geographically and emotionally, so I told her LA Metro was best and I would just take pix with my phone. Then she said OK, I could come in on December 4.4 I told her that I couldn’t, that I had to work, and that I would be in on December 6 at 10 a.m. and could she confirm? Note that the CPRA explicitly states that records must be available during office hours for inspection.5

After more nudging, Stephanie Eastwood finally got back to me on December 4, informing me that I couldn’t come in on December 6 because ABC-agent-to-the-stars in charge Gerry Sanchez wasn’t available and I would have to come in on December 13 instead.6 I told her7 that I had to work on the 13th. I also pointed out, again, that the law required records to be available during office hours, not at the random convenience of SSAC Gerry Sanchez, superstar.8 It only took her five hours to concede to that one,9 which is how I found myself at the ABC LA Metro office at 10 a.m. on Thursday. And here my troubles began.
END_OF_DOCUMENT_TOKEN_TO_BE_REPLACED