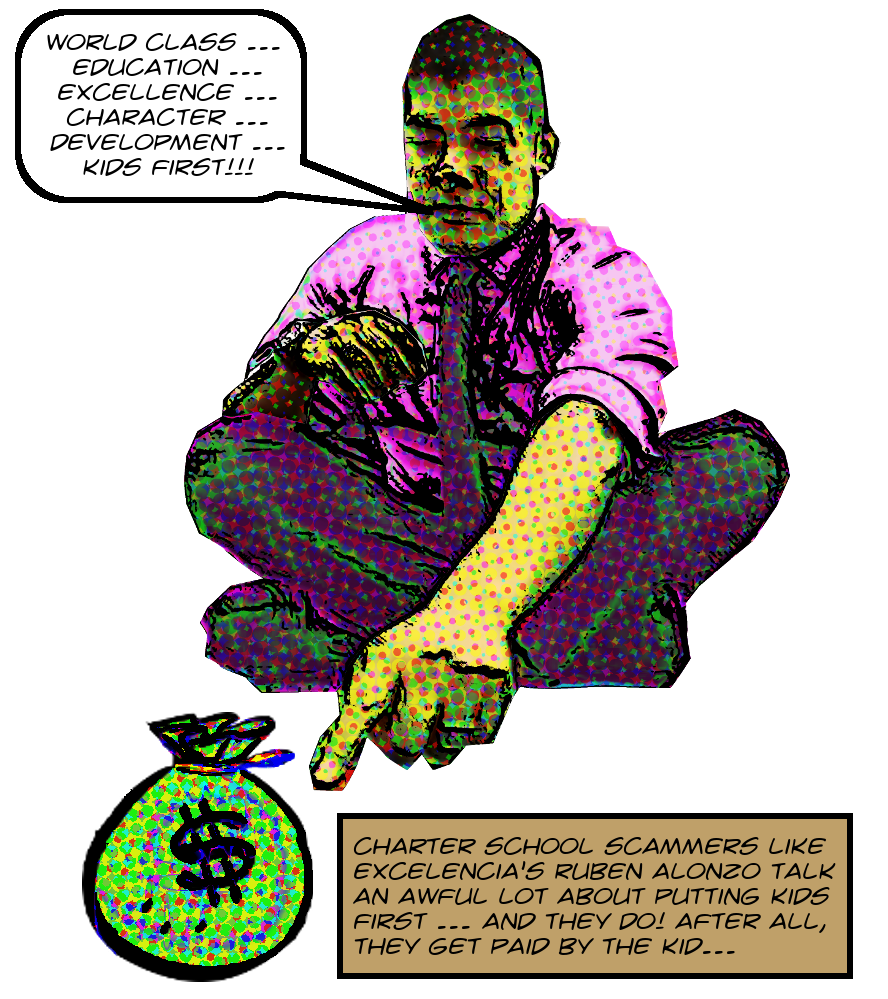 It is well understood that zillionaires are making tons of money from charter schools, even and maybe especially the putatively non-profit ones. And until recently I at least had assumed that this involved esoteric financial schemes that normal human beings like me don’t have a hope of understanding. This is roughly the impression given by various exposes, like this one in Forbes from last year.

But some records I recently obtained from that creepy little conspiracy known as Excelencia Charter Academy via the California Public Records Act show that, at least in some cases, the grift is very straightforward.1 Easy even for humans to comprehend. It’s called “selling receivables.” The idea is very simple. A charter school has guaranteed future income in the form of payments from the state. They sell those payments to a finance company at a discount.

The finance company also charges a transaction fee. So for instance, if a charter has enrollment worth $1,000,000 they might sell those future payments for $980,000 now, which is less 2%. That means that $20,000 of public money, meant to educate children, has just evaporated into some zillionaire’s pocket for no reason, with no social benefit, nothing.2

This is usury. Payday loans for putatively public institutions. It’s textbook predatory lending with the unique distinction that both the borrower and the lender are teaming up to prey on a third party, which is the public. And, as I said, none of this is theoretical. Excelencia Charter Academy actually did this last year, which was their first year in operation.
END_OF_DOCUMENT_TOKEN_TO_BE_REPLACED