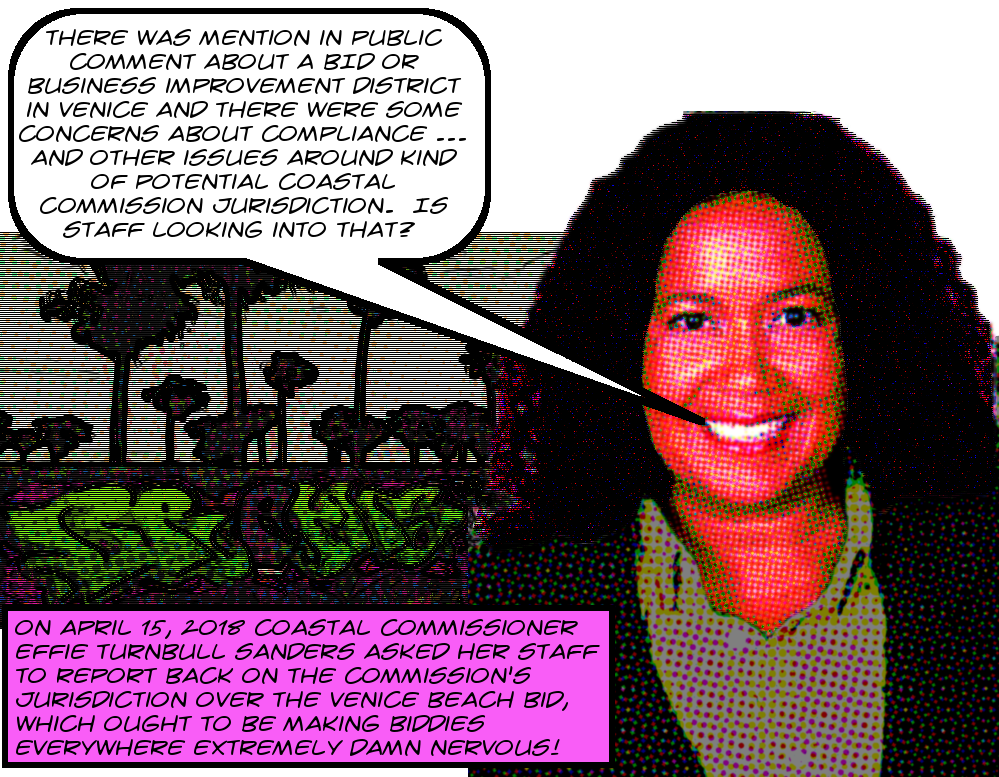 Furthermore, Commission Chief Counsel Chris Pederson then stated:“I do not believe that the formation of the BID in and of itself qualifies as development. It may then engage in activities that qualify as development that would be subject to Coastal Commission review.” Audio of both of these parts of the meeting is available here and there are transcriptions (and a little more commentary) after the break.
END_OF_DOCUMENT_TOKEN_TO_BE_REPLACED