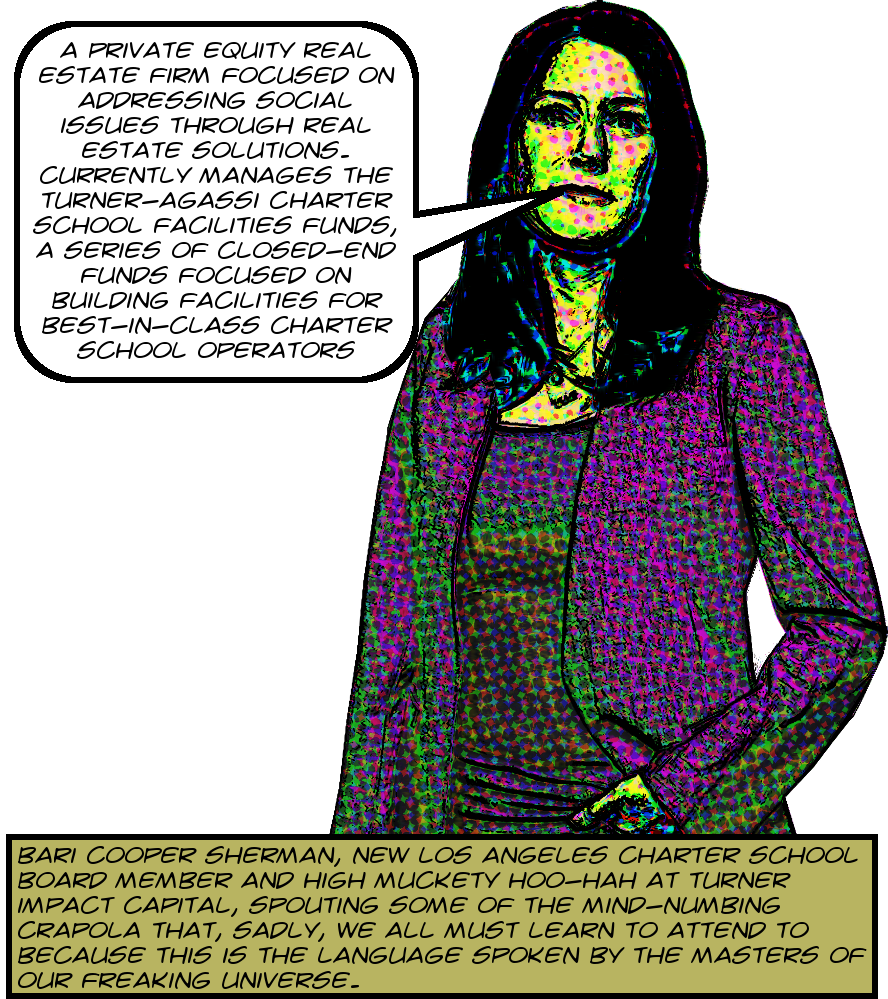 The Political Reform Act of 1974 requires various public officials in California to file financial disclosure forms, known to the locals1 as Form 700s. In many cases it’s very clear who has to file. Elected officials, high-powered appointed decisionmakers, like e.g. the City Clerk of Los Angeles. But when one descends into the peculiar brushy backwater thickets of privatization where are found the local agencies whose publicness is merely quasi, e.g. business improvements and charter schools, things become murkier indeed.

I don’t (yet) understand the details, but BID staff and directors are required to disclose in some jurisdictions, e.g. the City of Fortuna, California, and not in others, e.g. the City of Los Angeles. And I really don’t know what’s up with California charter schools in general, but I do know that LAUSD charter boards and executive staff are required to file disclosures. And these forms are very likely to make interesting reading, so they’re a must-request item for CPRA sleuths!2

And just recently a stack of Form 700s came in from our old friends at New Los Angeles Charter Schools came in! You can read the whole spool here in a single PDF and there are links to some individual files below. And they’re pretty various. Some have nothing to declare and it seems legit. Others have nothing to declare and appear to be lying about it. There’s one guy with a zillion small positions in various individual stocks, not that creatively chosen. See that an apparently inordinate number of these folks are associated with The Wildwood School. But one of these forms really stands out to me,3 and that’s the one belonging to board member Bari Cooper Sherman.
END_OF_DOCUMENT_TOKEN_TO_BE_REPLACED