I don’t know about you but I find it incredibly hard to understand how much money this City spends on policing. Even leaving aside all the lesser-known1 police forces, like the Airport Police, and the School Police,2 and the Port Police, and probably a dozen other kinds of police none of us has ever even heard of, it’s even hard to understand how much money the City spends on just the familiar LAPD. One hears $3 billion, or $1.5 billion.

No one seems to know if pension spending should be included or not. And if you ever do figure it out it’s still impossible to understand where they’re spending the money. Public Records Requests would be ideal for this purpose but LAPD refuses to fulfill them, unless of course they have their own reasons for wanting to get information out there.

However, I just recently obtained this incredibly useful document from the City of LA that really lays out LAPD spending in just the right amount of detail. It divides the fiscal year 2020 money up into ten “programs”, which are: Field Forces, Specialized Investigation, Custody of Persons and Property, Traffic Control, Specialized Enforcement and Protection, Personnel Training and Support, Departmental Support, Technology Support, General Administration and Support, Internal Integrity and Standards Enforcement .

The spending for each program is broken down into detailed but not too detailed categories, like Salaries, Pensions, Benefits, Electricity, and so on. This document leaves a lot of questions unanswered, but it answers a lot of questions for me, and perhaps it will be as useful to you! Download the PDF here and read on to see images. 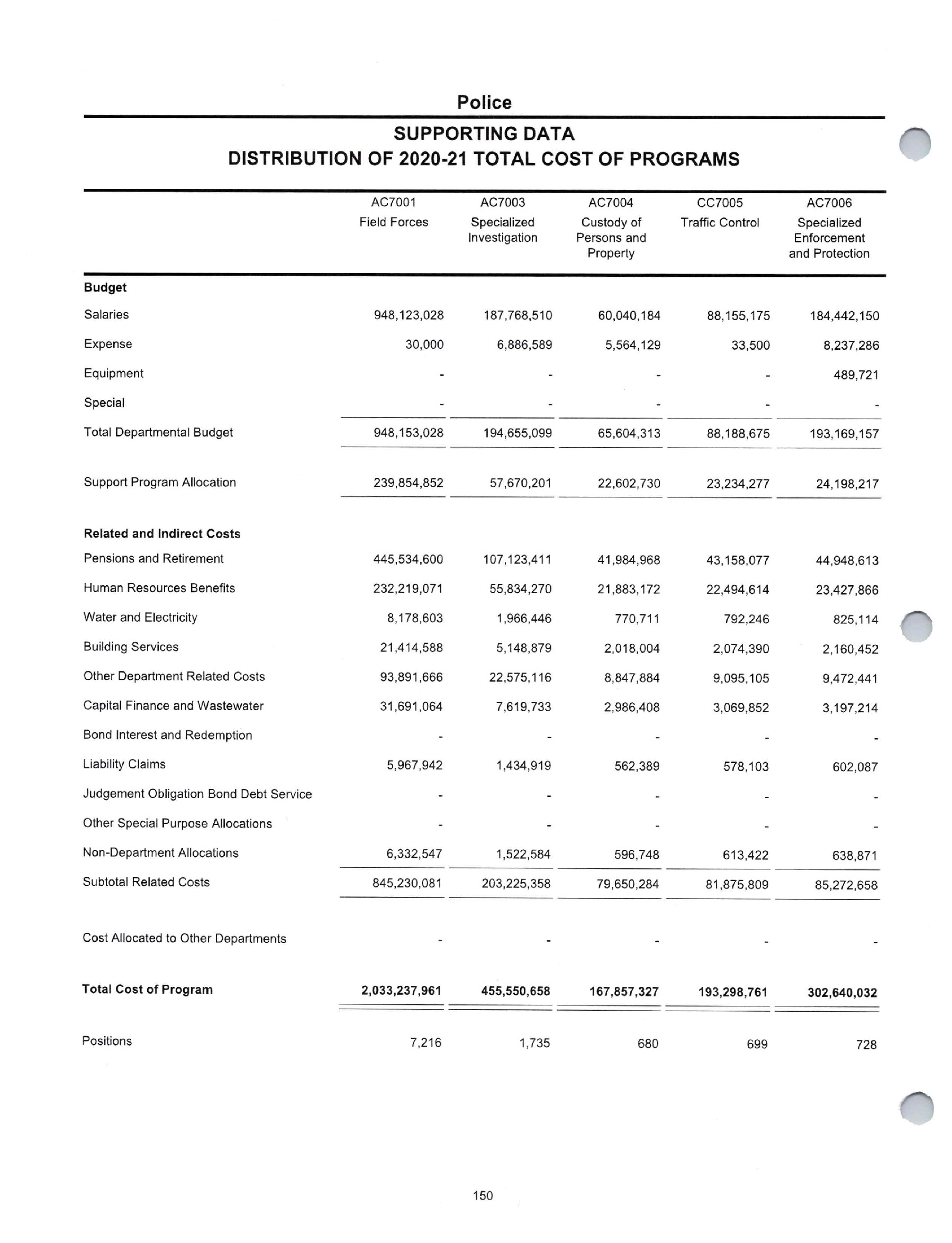 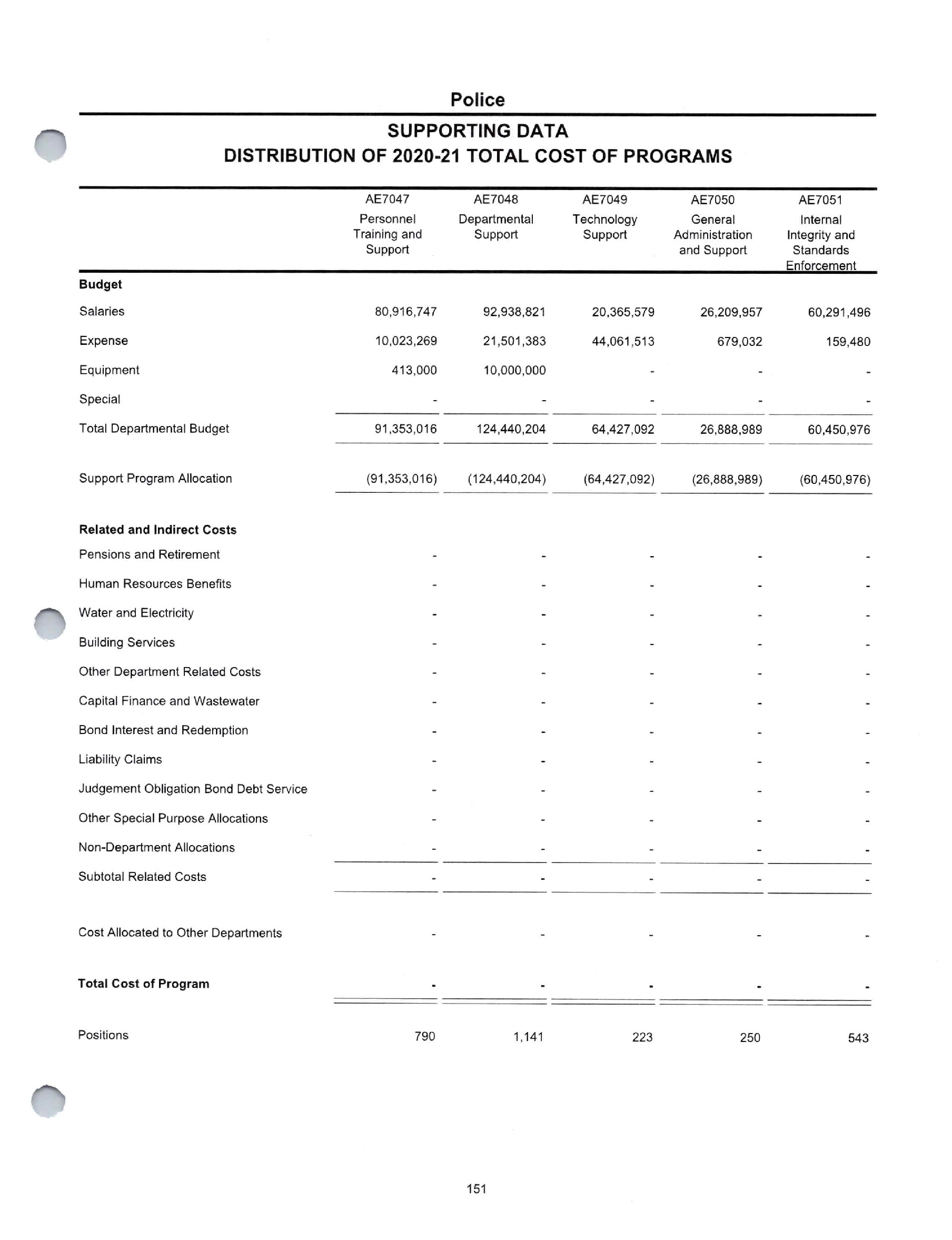 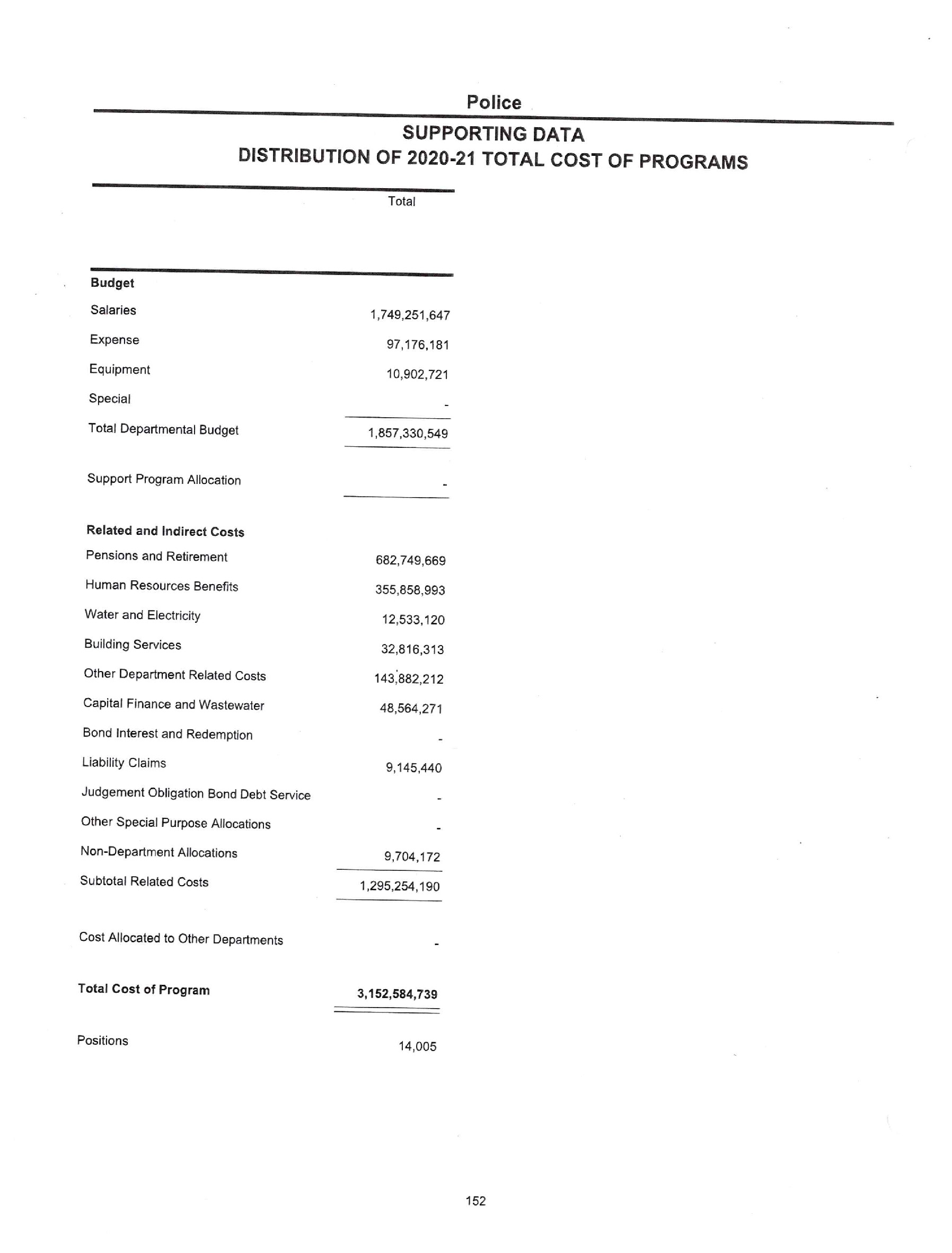