In response to years of ongoing public outcry and fervent pleading, we have finally set up a MichaelKohlhaas.Org store at CafePress. Right now, there are only three products, but they are doozies, friends! If you’re viewing the desktop version of this blog, you can also get to our store through the “Merch” menu up on the top bar, and otherwise go to this dedicated page. We here at the blog are all extremely excited about this new project. The three coffee mugs are pictured here, and also I’m going to describe and link to each of them separately.

First of all we have the Besten Show Award Prize Mug. The executive directrix of the Historic Core BID, third weirdest of the minor downtown BIDs, Blair Besten, is famous for her passive-aggressive, active-aggressive, rageball-acting-out antics in the face of what everyone in the universe except, for some reason her, understands are perfectly normal CPRA requests. Take a look at the actual email which clinched the award for her! Here, after I asked her a few simple questions about a pending request, one that’s been pending for two months now: (a) was there any news on it, (b) had she finished collecting the responsive material into one place, and (c) how much data in bytes was responsive? She answered with, in pertinent part, the following queries: 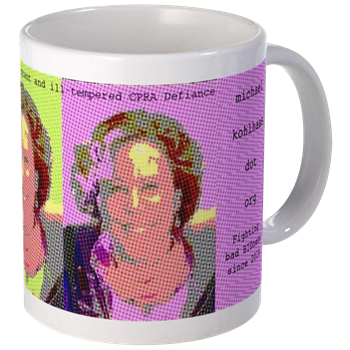 It’s been going on like that with her for months. Back and forth, pulling teeth, no results yet. None even on the horizon. So she wins the first Besten Show Award, although she will have to buy her own darn mug if she wants one or get someone to buy it for her. Note that Blair Besten was famously appointed to the Citizens’ Prop HHH oversight committee and they are meeting tomorrow, March 17, at 1 p.m. Get your mug and bring it to the meeting to show Blair how you feel! And turn the page to read about our other two offerings. 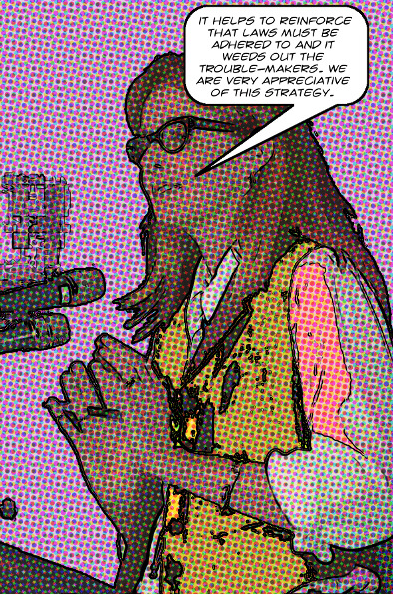 Next up we have the Marie Rumsey is Guilty commemorative mug. I made this one in honor of MK.Org’s role in bringing to light the whole Marie Rumsey affair which led to her confession of guilt and payment of a lot of money to the City to atone for her bad actions. The mug includes an image of Kerry Morrison emitting an inspiring quote, which, although taken out of context for this purpose, is strikingly appropriate. You can read the backstory here. 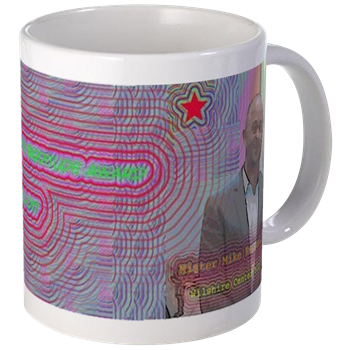 And finally, because good news travels last, there is the Mr. Mike Russell Prize Award Mug for transparency in Bidditude. Mr. Mike works for the Wilshire Center BID, and he is famous around here for sending material promptly, in appropriate formats, and without stupidly obstructionist redactions (another thing that Blair Besten is famous for and which contributed in a big way to the naming of the award after her).

So that’s the news, friends! Visit our store! Shop early and often! Buy them as gifts for yourself and for your favorite bad BIDdies!! And for their pet Councildudes and dudette!! And stay tuned here for announcements of new colorful artistic satirical lovely desirable gotta-have-it anti-BID merch!!